Local robotics team has $10,000 worth of equipment stolen from shop

Currently, it’s the only community-based robotics team in the area - serving students in traditional schools and students who are homeschooled.

AUSTIN, Texas - From behind the walls of a North Austin warehouse, often come the sounds of drilling, building, and testing.

That’s where students like Mackenzie Schultheis and Dunagan Marchman spend long hours with their robotics team, Howdy Bots. Currently, it’s the only community-based robotics team in the area - serving students in traditional schools and students who are homeschooled.

"I came one time and I was totally in love with it," said Schultheis. "It’s helped me in a lot of facets
of life, not just engineering, but public speaking, creativity, writing, those kinds of things."

The team meets regularly year-round but really bears down in the spring in preparation for the global FIRST Robotics Competition. "January through April is a very intense time," said head coach Evan Marchman. "The kids meet over 29 hours a week to design, build, test, program and then compete with the robot." 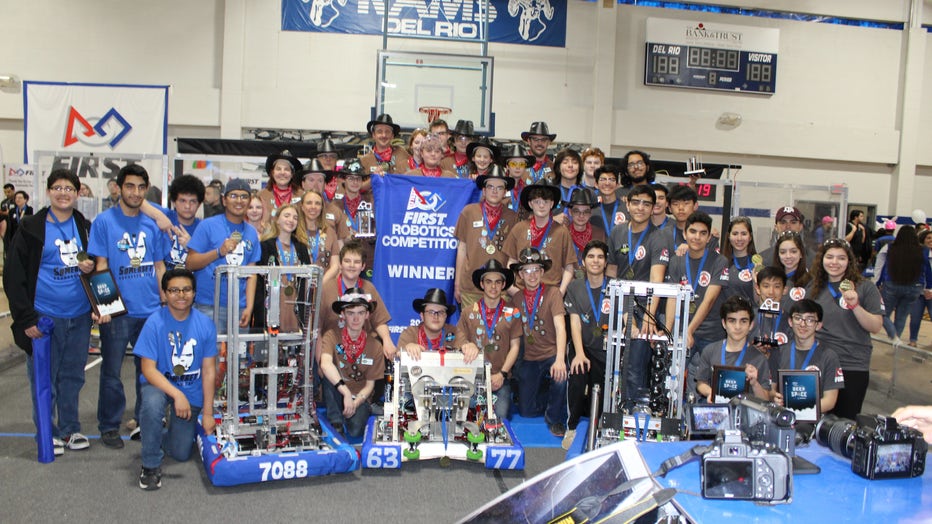 Currently, it’s the only community-based robotics team in the area - serving students in traditional schools and students who are homeschooled.

Howdy Bots has been a labor of love for head coach Evan Marchman. They started out of his garage in 2016. "We have completely volunteer staff, and the students raise the money to fund not only the tools but all of the things that we do," said Marchman.

And it’s been a family affair. Marchman’s son, Dunagan, has been part of the team since the beginning. "My dad’s an engineer and he was always getting us into tinkering, all these DIY projects and stuff that I really enjoyed," said Dunagan. "This is has been a whole bunch of fun."

However, October brought a new type of challenge. Burglars broke into their shop and stole $10,000 worth of tools and electronics. "It was kind of sad and also infuriating a little bit," said Dunagan.

It’s been a major setback heading into competition season. "We only get 7 weeks to build the robot, so without all of the tools on hand, it delays our ability to build in a timely fashion," said Marchman.

The team’s annual telethon was scheduled for Nov. 13 before the burglary happened. However, Marchman said normally they use the funds raised for expenses like operating costs and registration fees. "This year we’ve got to also tack on replacing all of the stuff that was stolen," said Marchman.