AUSTIN, Texas - Lieutenant Governor Dan Patrick wants catalytic converter thefts to be a topic during the 88th State Legislature. He called it a crime wave hitting the state.

He put out a statement saying: "This crime is costly to motorists and can be very dangerous. While these crimes can be random thefts by petty thieves, this is now a big business organized crime operation."

The problem can be found in Austin.

Jorge Aguilar, a mechanic with Nicky's muffler, said the victims are anyone with a vehicle. He’s seen catalytic converters stolen from everything such as church vans, car dealership vehicles, to cars that were parked in neighborhoods.

"[Victims] say they went to sleep or they say they just came back from work, and they just get to their car and they hear the noise," he said. 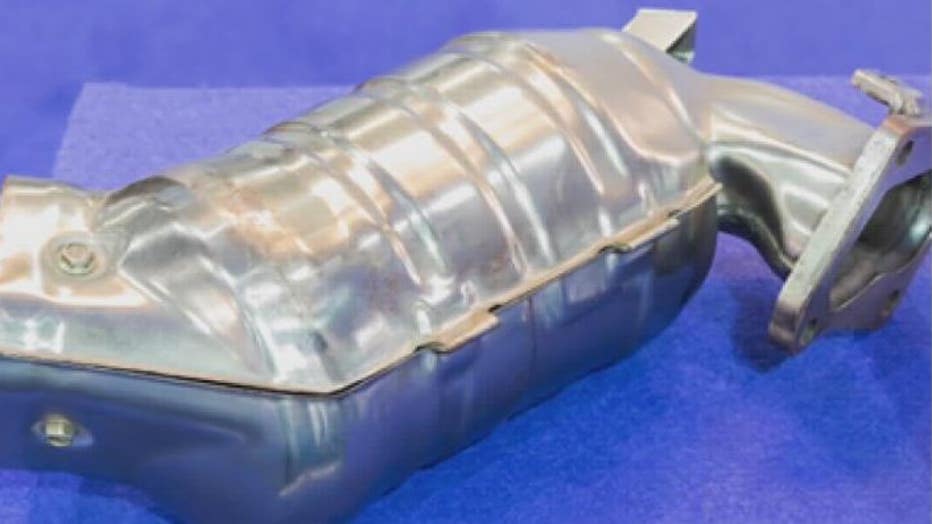 Photo of a catalytic converter

One sign a catalytic converter has been stolen is if the vehicle runs much louder than it usually does.

Without insurance, the theft can be costly averaging a couple grand, and to replace them isn't as easy as it is to take them off.

"It has to be welded because if you put clamps on it, you are going to have a leak. If you have a leak, your check engine light on," said Aguilar.

The problem isn't seen just in Austin, it's across the state. Last month thieves hit 10 city CARTS buses and Houston reported nearly 2,000 catalytic converter thefts within the first two months of the year.

The thieves managed to take catalytic converters from 10 city buses, and because of that, a couple of routes had to be canceled or delayed.

The issue has even led to the death of Harris County Deputy Darren Almendarez earlier this month. He was off duty at the time and was killed while attempting to stop someone from stealing the catalytic converter from his vehicle.

The thieves look for the precious metals inside the converters like platinum and palladium. They are then typically sold to scrapyards or recycle centers.

To combat this, the state passed a law last year which required sellers to provide proof of ownership of the vehicle the converter was taken from, as well as require the buyer to keep a log of the sellers.

Despite this, the thefts are still an issue. Lieutenant Governor Dan Patrick plans to take the issue up again during the 88th state legislature next year.