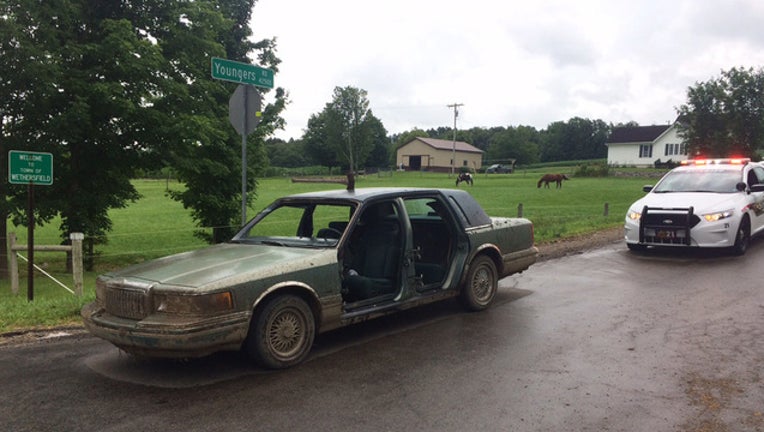 NEW YORK (FOX5NY) - A Western New York man was arrested after driving a car with no windshield, no doors and no license plates.  Oh, and by the way, there was an ax stuck into the roof.

It happened Monday afternoon on Youngers Road in the Wyoming County town of Wetherfield.  The Sheriff's deputies got a call about a suspicious vehicle.

When they got there they say the driver, 21-year-old Jared T. Price failed a field sobriety test.  He was later found to be impaired by multiple different drug categories, according to the sheriff's department.

Price now faces a slew of charges including driving while his ability was impaired by drugs.

Price was arraigned in Gainesville Town Court and committed to Wyoming County Jail in lieu of $10,000 cash bail or $20,000 bond.  There was no information available about a lawyer for Price.

Police say that Price had been using the vehicle as a "field car" and decided to take it on the roads for a drive.  They say he had recently bailed out of jail on a $1,500 bail for other charges.  He is due back in court on August 1 in Wethersfield.

His car was towed away by the sheriff's department.  Wetherfield is a town southeast of Buffalo.