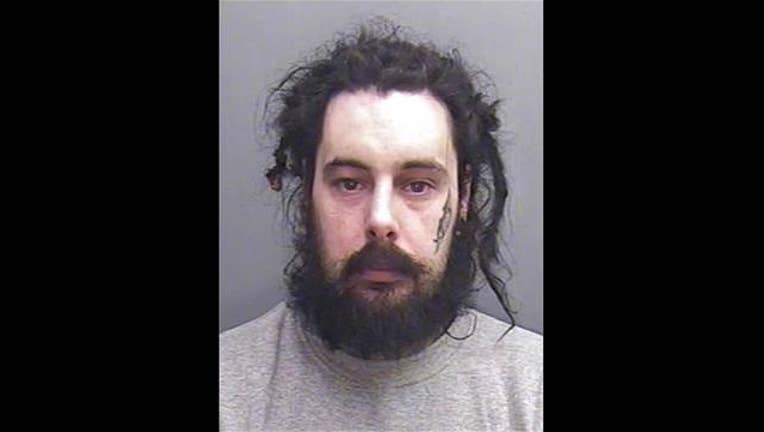 A man in England was sentenced to life in prison after being found guilty of murdering his girlfriend, dismembering her body and admitting to police he made a necklace out of her teeth.

Devon & Cornwall Police said in a news release that Dean Lowe, 33, was convicted of killing his girlfriend, 32-year-old Kirby Noden, in January 2017. The 33-year-old then lived with the evidence of the murder for months, and told family and friends that Noden had left him for another man.

In May 2017, authorities were contacted by concerned members of Lowe’s family after they received “disturbing” messages from him on social media, saying there had been a body on the floor, which he had cut up and put into bins, according to police.

“Either I’m getting set up or I’ve murdered Kirby. I had a blackout, hazy memory and woke up with a body on the floor. I am scared so I just got rid,” he wrote to a cousin, according to Sky News. “I put the body in the bins down the road. I remember the binmen finding all the meat and didn’t know what it was. The carpet was lifted because of the body matter.”

When investigators searched Lowe’s home, they found blood spattered on the walls, a metal pole and rock used to kill Noden, in addition to stains on a mattress the 33-year-old continued to sleep on.

He also reportedly told police he made a necklace of Noden’s teeth.

Police said that Noden’s family has been "put through a living hell" with Lowe not disclosing where he disposed of the body and denying all knowledge in court. Lowe added to their upset by insisting that the woman was still alive.

“We hope today’s verdict gives them some comfort in the conclusion of the case and our thoughts and sympathies are with them,” police said in a statement.

Kirby Noden’s family also released a statement saying:  “Dean Lowe has taken away from us something totally precious, and although we welcome this verdict and sentence, it will never replace our loss. We would like to thank the ladies and gentlemen of the jury; and all members of the Devon and Cornwall Police, especially D.I. Ian Ringrose and his team for their extremely thorough hard work and relentless dedication to achieve a conviction."