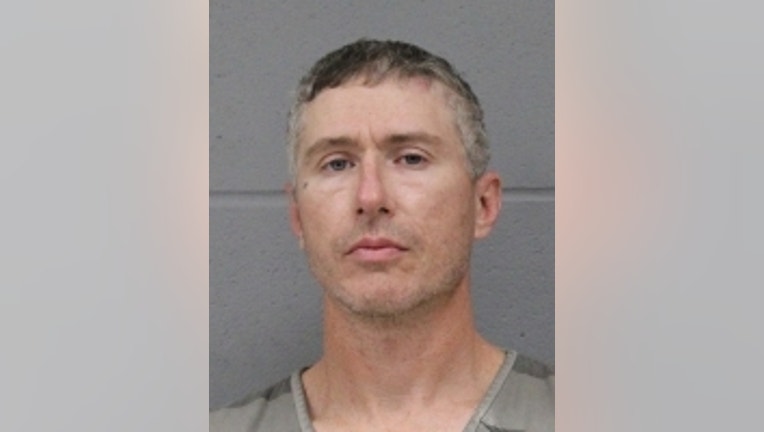 A man was arrested and charged after he threatened a victim with a knife following a crash.

AUSTIN, Texas - A man was arrested for aggravated assault with a deadly weapon after he threatened a victim with a knife a following a crash.

According to the arrest affidavit, on Nov. 28, around 9:10 a.m., officers responded to the 3400 block of Ed Bluestein Blvd. in reference to a person with a knife on the hood of another vehicle. The affidavit said the man was banging on the windshield with the knife.

When officers arrived, the man, 42-year-old James Palmer, was no longer on the hood of the vehicle, instead, he was acting like nothing happened.

The APD officer in charge called the victim who explained the incident happened due to a crash between his and Palmer's vehicle.

Shortly after, the victim saw Palmer pulled over. When Palmer saw the victim, he ran up to the victim with a knife and began beating the driver's side window with the knife saying "get out, let's do this." After the victim did not get out of the vehicle, Palmer stabbed one of the tires. Palmer than got into his car and left, again, the arrest affidavit said.

The victim tried to drive his vehicle to keep up with Palmer, but ultimately was not able to.

Palmer, once again, ran up to the victim's vehicle with a knife in hand, and jumped onto the hood of the vehicle. The victim told the officer Palmer only got off the hood of the car once people began coming out of a nearby vehicle.

The APD officer said Palmer did not admit the truth at first, however, he later confessed to it all and said he was "99.9 percent wrong."

The victim's vehicle received large amounts of body damage along the passenger side.

Palmer was charged with aggravated assault with a deadly weapon.