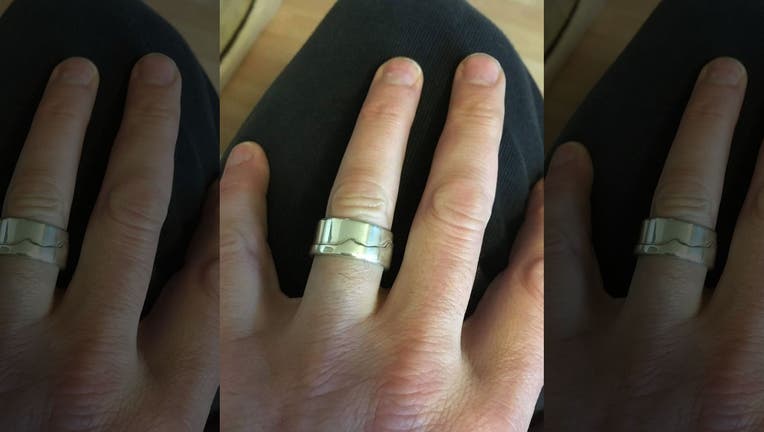 The ring slipped off Dan Levine's finger after he went for a swim in the ocean. The man shared that he usually takes the ring off before going in, but had forgotten this time. (SWNS)

A U.K. man who lost his wedding ring in the ocean after going for a swim over the weekend claims he was reunited with it through a fortunate — and very random — encounter involving a small fish.

Dan Levine, 44, went for a swim Saturday morning in Penzance, Cornwall, when his ring, which was made by his wife Oona, fell off his finger, SWNS reports.

After realizing the loss, Dan turned to Facebook, pleading with anyone in the area to let him know if they found it.

Miraculously, less than a day later, Dan said, someone did.

Gary and Emma Spiers, whom Dan reportedly does not know, stumbled upon the ring while walking along the shore at Battery Rocks. According to SWNS, Gary and Emma spotted a small black fish that was swimming in a tiny pool that had formed after the tide lowered. Underneath the fish was Dan’s unique ring, which has the coastline of Portheras — a cove in Cornwall — etched into it. 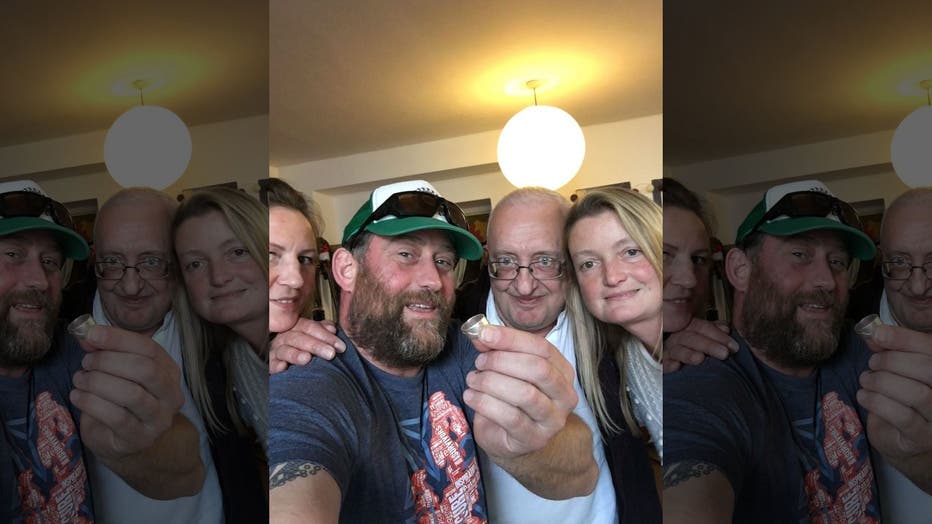 Dan Levine poses with his wedding ring alongside Gary and Emma Spiers, who stumbled upon the missing keepsake by chance. (SWNS)

Gary said he knelt down and the ring was just nestled under the water beneath a little ledge. He might not have seen it had it not been for that little fish,” said Dan of the discovery, to SWNS.

As luck would have it, Gary was the father of friends of Dan and Oona, and had seen Dan’s Facebook post looking for his missing ring.

"It's really made my day. I really didn't expect to get it back again,” Dan said. "To find it in these circumstances is amazing.”

"Thanks to the people who shared my post on Facebook, thanks to Gary and Emma,” he added.

"And thanks little fish."