CUETA, Spain - A sunfish weighing more than 2,200 pounds and measuring 9 feet 5 inches long was released back into the ocean after it became trapped in a fishing net off the coast of Ceuta, Spain, on October 4, scientists said.

Footage posted by the University of Seville shows the giant fish, which scientists said belongs to the species Mola alexandrini, being hoisted up by two cranes, and a diver swimming alongside it. 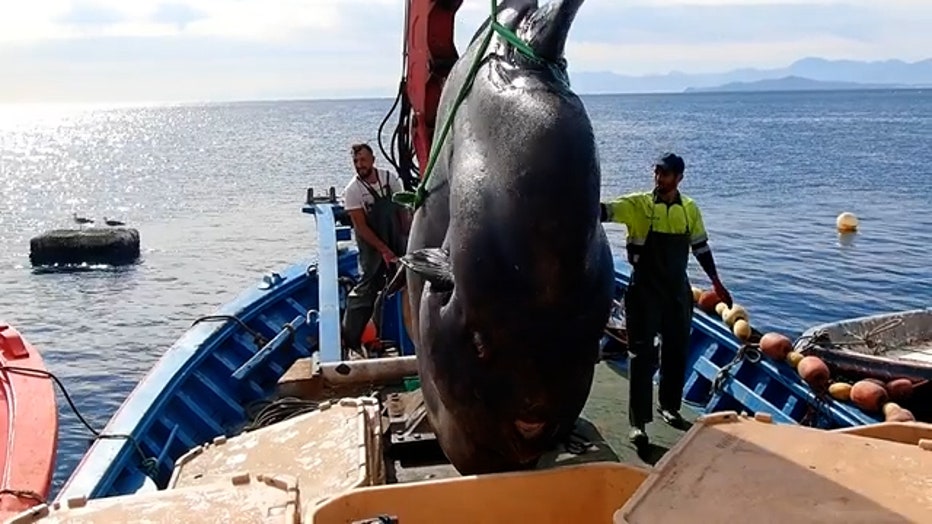 According to Spanish news outlet El Pais, the fish was so heavy that researchers were unable to measure its actual weight, as their scales only went up to 1,000 kilograms.

Diver Sergio Guzman alerted biologists to the finding, El Pais said. The outlet quoted him as saying, "Two years ago we saw one weighing more than 500 kilos, but this one was incredible." 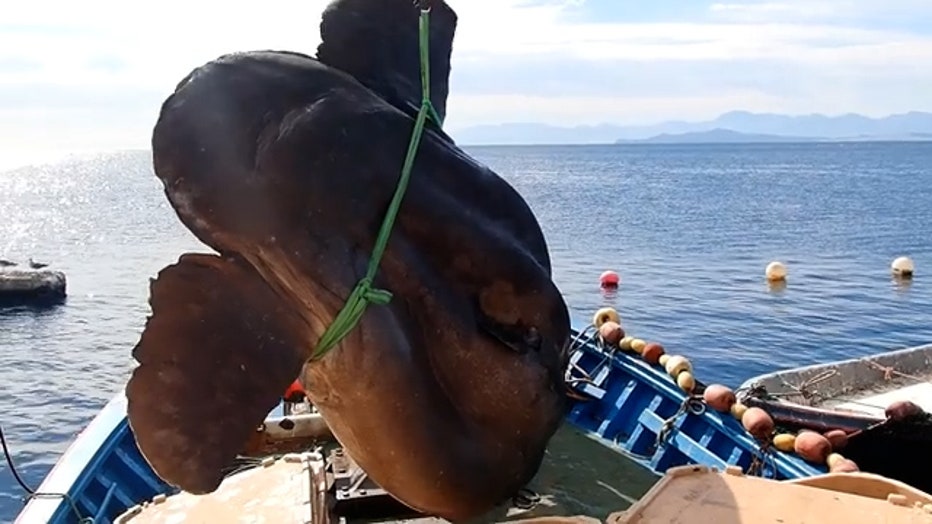