The Academy Award-winning actor appeared as a guest on Wednesday's episode of "CBS This Morning" to touch on his latest benefit for Texans whose lives were severely affected by last month's deadly winter storm.

While discussing the aftermath of the storm, McConaughey fielded a question about the Governor's decision to lift the state's mask mandate, which occurred earlier this month.

"My reaction to that is, I was a little dumbfounded by the decision," McConaughey said. "I understand 'go back to work.' What I did not understand was 'pull the mask mandate.'"

McConaughey stressed that wearing a face mask is "just this minor inconvenience" that can help save lives. He also suggested that it may not be the face-coverings so many around the country are taking issue with.

"I just want to remind, not only Texans, but everybody out there, it's not the mask we're afraid of, c'mon. It's the word 'mandate.' Let's not let the word 'mandate' get in the way of practical use of this little tool called a mask. It's just a small inconvenience today for more freedom tomorrow," McConaughey said.

With the understanding that its now Texans' "choice" whether they wear masks or not to stop the spread of COVID-19, McConaughey implored "people around the world" to cover up.

"If you have the choice, keep masking up. It's proven to help. We don't have much longer in this, we'll get through this. Thank you," the star said. 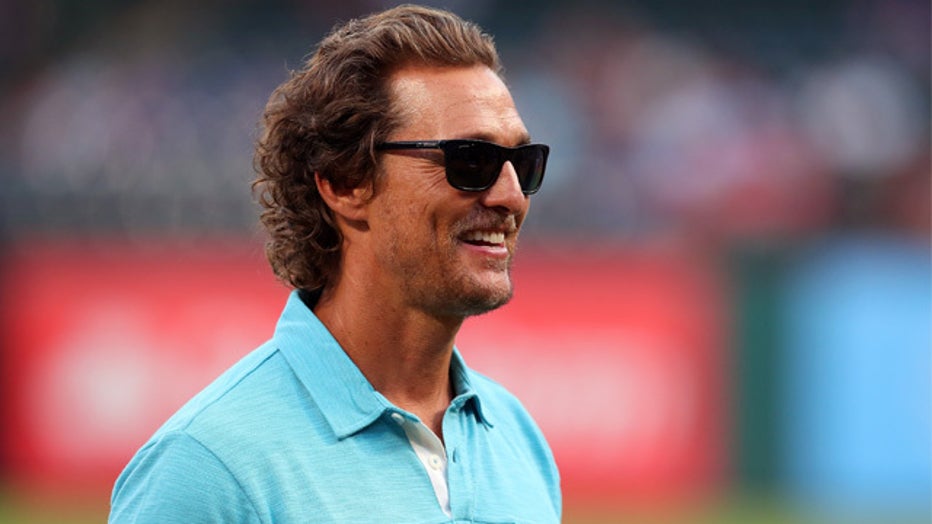 Matthew McConaughey is speaking out about Gov. Greg Abbott's decision to lift the state's mask mandate as the ongoing coronavirus pandemic continues.

McConaughey's critique of Gov. Abbott's decision is interesting given that the actor has recently addressed whether he'd run for office one day in his homestate. He did so again on Wednesday, noting that it's still a possibility.

"As I've said before, I'm giving it consideration," McConaughey told the hosts. "I'd be a fool not to. It's a very honorable thing to consider what that position would mean, what it would be for me, what it would mean for the people of Texas. I have to decide for me what is my category where I can be most useful in life from here."

Whether he's in office or not, McConnaughey is stepping up to help fellow Texans in the wake of the devastating winter storm by hosting a benefit this Sunday. Named "We're Texas," artists including Kelly Clarkson, Willie Nelson, Kacey Musgraves and more are set to take part.

It's an event McConaughey helped organize, but only thanks to his wife, Camila Alves McConaughey, who he says came up with the idea.

"Camila came and knocked on my door and said, 'do you see what's happening here?'" McConaughey recalled. "She has my back. I put my head down, gathered people to go to work."

McConaughey said he immediately got on the phone right away with Texas businesses, athletes and stars who call Texas home to see if they'd help out.

"We're happy with where we are, with a lot of help from a lot of people, in Texas and beyond," he said.