Sen. Mitch McConnell, responding to questions, says "There is simply no room in the Republican Party for anti-Semitism or white supremacy."

Former President Trump fired back at Senate Minority Leader Mitch McConnell Tuesday, calling him "a loser for our nation and for the Republican Party," while telling Fox News Digital that he did not know White nationalist Nick Fuentes, and had he expressed his views during their "very quick dinner," it "wouldn't have been accepted."

McConnell, R-Ky., on Tuesday condemned Trump for his dinner last week with Kanye West and Fuentes at Mar-a-Lago, saying Trump is unlikely to be re-elected in 2024 due to the event.

"There is no room in the Republican Party for antisemitism or white supremacy. And anyone meeting with people advocating that point of view, in my judgment, are highly unlikely to ever be elected president of the United States," McConnell said.

When asked to respond to McConnell's comments, Trump slammed the Senate GOP leader.

"Mitch is a loser for our nation and for the Republican Party who would not have been re-elected in Kentucky without my endorsement, which he begged me for because he was going down," Trump said. "His well-financed opponent had $93 million ready to spend when I drove him from 2 points down to 21 points up in a matter of days." 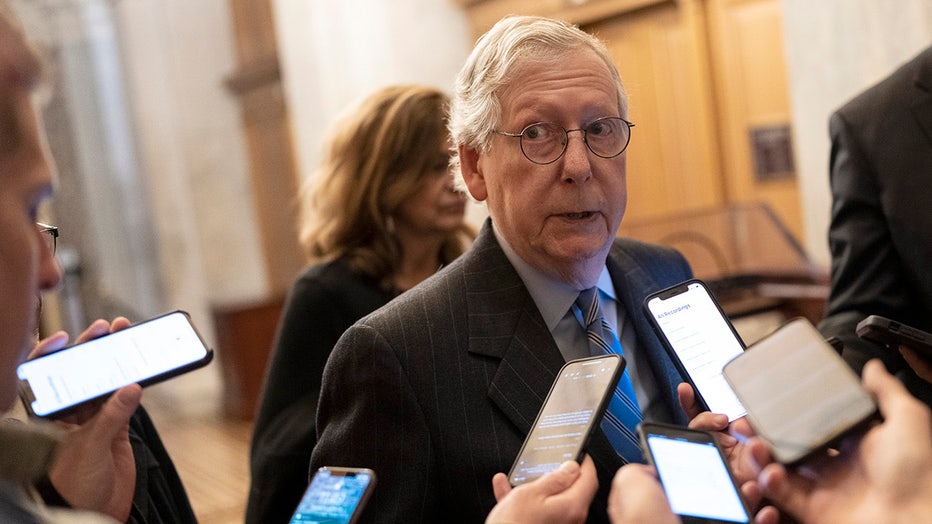 Senate Minority Leader Mitch McConnell (R-KY) speaks to reporters at the U.S. Capitol after his meeting at the White House with President Joe Biden and Congressional leaders November 29, 2022 in Washington, DC. (Photo by Drew Angerer/Getty Images)

A representative for McConnell did not immediately respond to Fox News Digital's request for comment on Trump's statements.

Regarding the highly-controversial dinner at Mar-a-Lago last week, Trump stressed that he "had never heard of Nick Fuentes."

"I had never heard of the man—I had no idea what his views were and they weren’t expressed at the table in our very quick dinner, or it wouldn't have been accepted," Trump said.

Fuentes, a white nationalist, has a history of making racist remarks and engaging in Holocaust revisionism—though he has claimed that he does not deny the Holocaust. As for Ye, who has also faced criticism for antisemitic remarks, Trump said he "asked to see me for advice," saying he had "heard Kanye had difficulties, including financial difficulties."

"He asked me to meet with him," Trump said.

"The meeting was uneventful," Trump continued, noting that with regard to white supremacy, it "is standard for the media" to accuse him. 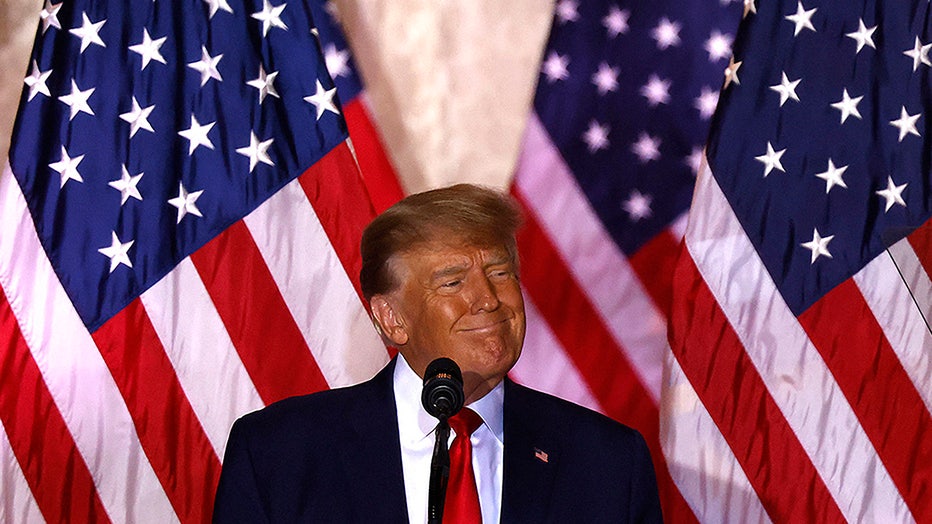 Former US President Donald Trump speaks at the Mar-a-Lago Club in Palm Beach, Florida, on November 15, 2022. (Photo by ALON SKUY/AFP via Getty Images)

The former president, who announced his 2024 presidential campaign earlier this month, told Fox News Digital that "there’s nobody that has proven to be more of a friend of Israel than Donald Trump."

"Nobody has to prove or be defensive of me and Israel," Trump told Fox News Digital. "They have acknowledged that I’m the best friend and president to Israel."

"I gave them the embassy in Jerusalem," Trump said, referring to the Trump administration in 2018 moving the U.S. Embassy from Tel Aviv to Jerusalem – a relocation long debated in Washington – and one that showed the U.S. officially recognizing Jerusalem as the capital of Israel.

"From the historic Abraham Accords bringing peace to the Middle East, withdrawal from the disastrous Iran nuclear deal, appointing a special envoy to combat the scourge of anti-Semitism, moving the American embassy to Jerusalem, and recognizing Israeli sovereignty in the Golan Heights, President Trump always has been and continues to be the closest friend and ally to the Jewish people and the State of Israel," a Trump advisor told Fox News Digital.

"I don’t think anybody should be spending any time with Nick Fuentes," McCarthy said to media at the White House Tuesday following a meeting with President Biden. "He has no place in this Republican Party."

McCarthy, though, seemingly defended Trump, saying he had come out "four times and condemned" Fuentes, adding that he "didn’t know who he was."

When pressed further on Fuentes, McCarthy said: "I condemn his ideology. It has no place in society."

Last week, Ye released a video saying that Trump had been "really impressed" with Fuentes, whom he described as a "loyalist," and that the artist caught Trump off guard by asking him to be his vice president.

"I think the thing Trump was most perturbed about [was] me asking him to be my vice president," Ye said in the video. "I think that was lower on the list of things that caught him off guard."

TRUMP SAYS BIDEN 'BETRAYED ISRAEL AND THE JEWISH COMMUNITY,' VOWED TO STRENGTHEN RELATIONS IF ELECTED IN 2024

Fuentes, meanwhile said on his show the dinner was "very interesting" and said that he didn't think Trump knew who he was.

"I don't think he knew that I was me, at the dinner, let's put it that way," he said. "I don't know if I'm going to say he didn't know me… I'm not sure about that, but certainly he didn't know I was me when I arrived at the dinner, and I didn't mean for my statements and my whole background to sort of become a public relations problem for the president."