UVALDE, Texas - Meghan Markle made a surprise visit to Texas Thursday to pay her respects to the 21 victims killed at an elementary school in Uvalde.

The Duchess of Sussex, who lives in California with her husband Prince Harry and their two children, was spotted placing a bouquet of white roses at a memorial for the victims gunned down Tuesday at Robb Elementary School.

The 40-year-old kept a low profile in jeans, a white T-shirt, and a denim baseball cap.

The former American actress ignored questions from reporters as she placed the roses tied with a purple ribbon for 10-year-old Uziyah Garcia, one of the victims of the attack. Markle was accompanied by a bodyguard who was reported to be Alberto Alvarez. Alvarez was with Michael Jackson the night Jackson died in June 2009 at age 50. 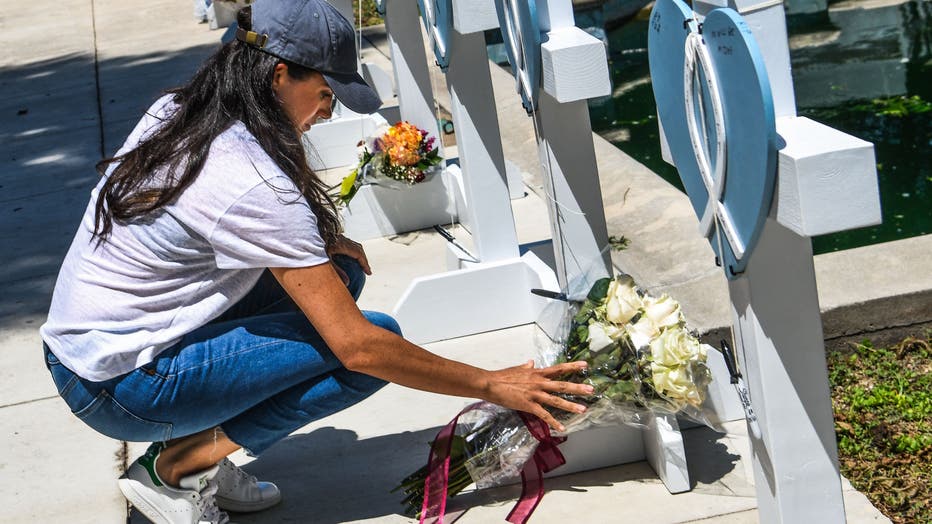 Meghan Markle, the wife of Britain's Prince Harry, places flowers as she mourns at a makeshift memorial outside Uvalde County Courthouse in Uvalde, Texas, on May 26, 2022. (Photo by Chandan Khanna/AFP via Getty Images)

Law enforcement officials have faced mounting questions and anger over the amount of time that elapsed before they stormed the school and put a stop to the rampage that left 19 children and two teachers dead.

The gunman, identified as Salvador Ramos, entered the school unimpeded through an unlocked door, a law enforcement official said Thursday. The 18-year-old was apparently inside the building for at least 45 minutes before Border Patrol agents stormed a classroom and killed him, according to the timeline given by Victor Escalon, a regional director at the Texas Department of Public Safety.

The school normally has an armed school safety officer. But when Ramos arrived Tuesday, "there was not an officer, readily available, armed," and the gunman entered the building "unobstructed," Escalon said.

Many other details of the case and the police response remained murky. The motive for the massacre, the nation’s deadliest school shooting since Newtown, Connecticut, a decade ago, remained under investigation, with authorities saying Ramos had no known criminal or mental health history. 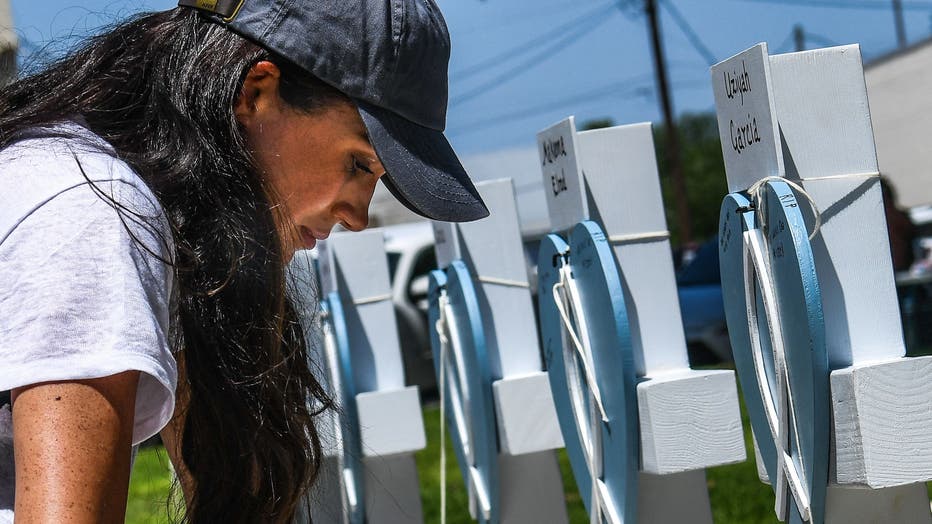 Meghan Markle, the wife of Britain's Prince Harry, places flowers as she mourns at a makeshift memorial outside Uvalde County Courthouse in Uvalde, Texas, on May 26, 2022. (Photo by Chandan Khanna/AFP via Getty Images)

A department spokesman said authorities were still working to clarify the timeline of the attack, uncertain whether that period of 40 minutes to an hour began when the gunman reached the school or earlier when he shot his grandmother at home.

Border Patrol Chief Raul Ortiz did not give a timeline but said repeatedly that the tactical officers from his agency who arrived at the school did not hesitate. He said they moved rapidly to enter the building, lining up in a "stack" behind an agent holding up a shield.

"What we wanted to make sure is to act quickly — act swiftly — and that’s exactly what those agents did," Ortiz told Fox News. 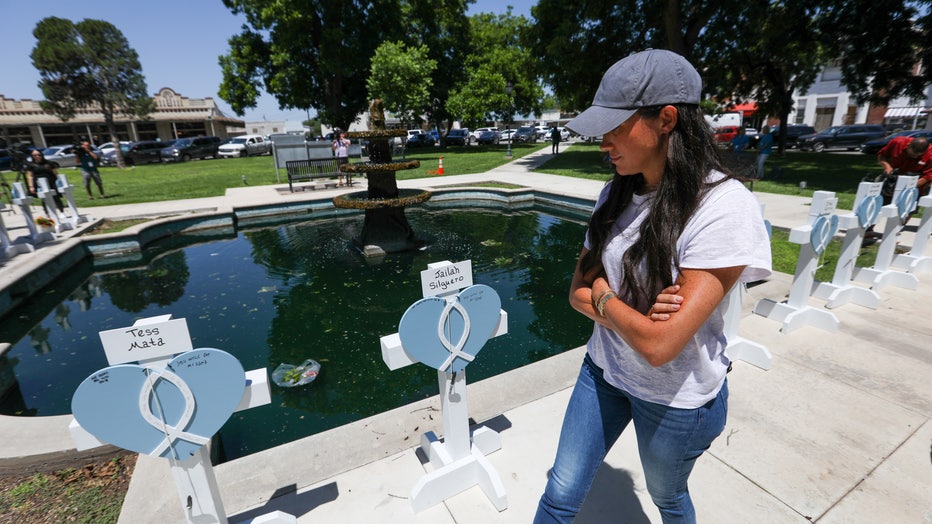 Britain's Duchess of Sussex, Meghan Markle pays respect at a makeshift memorial outside Uvalde County Courthouse in Uvalde, Texas, on May 26, 2022. (Photo by Yasin Ozturk/Anadolu Agency via Getty Images)

But a law enforcement official said that, once inside the building, the Border Patrol agents had trouble breaching the classroom door and had to get a staff member to open the room with a key. The official spoke on condition of anonymity because he was not authorized to talk publicly about the investigation.

Olivarez said investigators were trying to establish whether the classroom was locked or barricaded in some way.