The first baseman, who was driving in Tampa heading to the team’s spring training, said his car flipped over three times. With help from his wife, Haley, who was in another car, Alonso was able to escape without any major injuries. Alonso said the crash was so bad that he had to kick through his windshield to get out of his vehicle.

Alonso added that everyone in his family is OK, and he will be ready to go for full spring training activities on Tuesday. 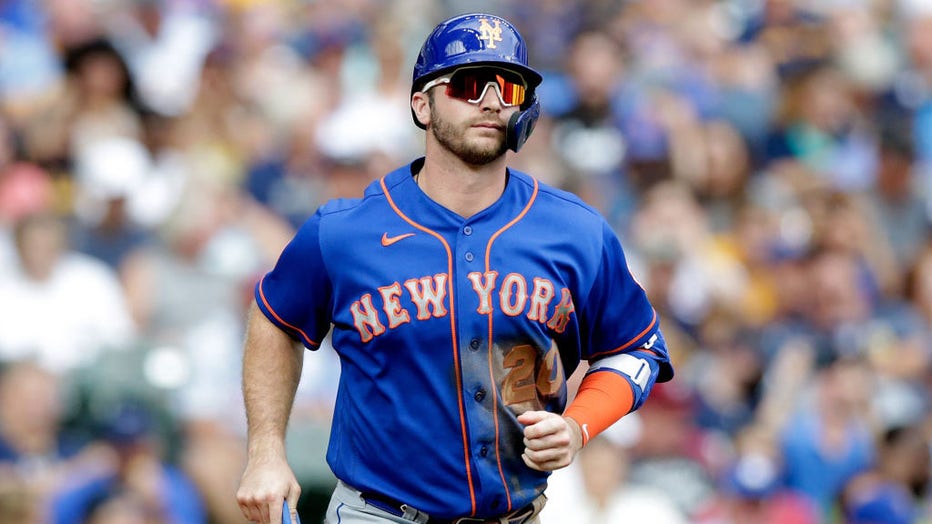 FILE IMAGE - Pete Alonso #20 of the New York Mets during the game against the Milwaukee Brewers at American Family Field on Sept. 26, 2021, in Milwaukee, Wisconsin. (Photo by John Fisher/Getty Images)

"You never know what can happen," Alonso continued. "Anything can happen at any given moment, anything can be derailed at any single time. One thing I was coming here to Spring Training, coming here to work, and the next thing I know, I'm kicking my windshield in, trying to get out of a flipped-over car. I'm just really blessed to be here."