Fruitland Police Chief J.D. Huff said during a news conference Thursday that the search for Michael Vaughan won’t stop until the boy is found.

Huff said no headway has been made despite exhaustive ground searches in a 2-mile (3.2-kilometer) radius of the family home over the past few months, aided by trained search dogs, drones, helicopters, local homeowners and several law enforcement agencies. That increases the likelihood that Michael was abducted, Huff said.

"We’ve received several credible tips," Huff said. "We work on those every single day. We just find that they take us nowhere at the end of the day."

Michael was last seen outside near his Fruitland home on July 27 wearing a light blue Minecraft T-shirt, dark blue boxer briefs and flip flops. He is described as 3 feet, 6 inches (1 meter) tall and around 50 pounds (23 kilograms) with blond hair and blue eyes, and responds to the nickname "Monkey." 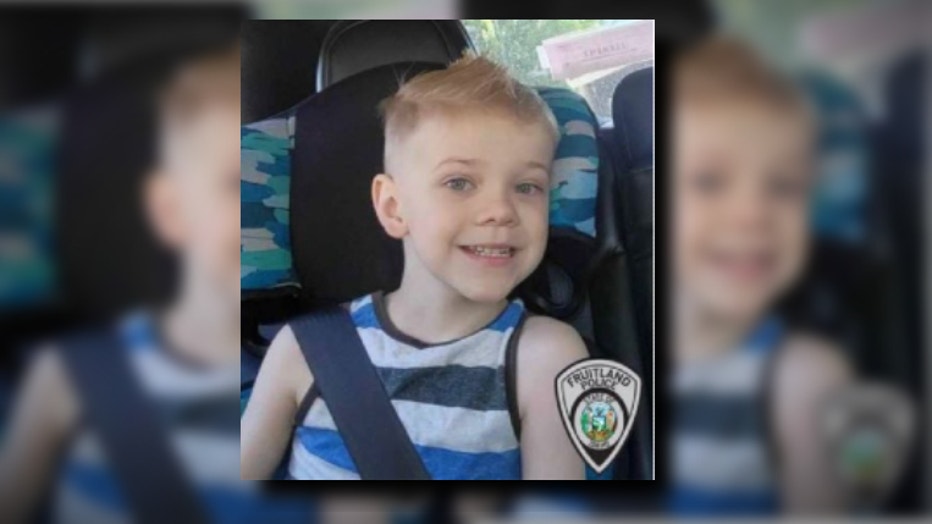 A city reward fund of $50,100 is available for anyone who provides information that leads to Michael Vaughan’s safe return. (Source: Fruitland Police Department)

At Thursday’s news conference, the boy’s mother, Brandi Neal, asked for help from the public, saying her family is broken without him.

"I’m here to ask you to please keep Michael’s face, his name and his story in every one of your hearts, your eyes and your minds," she said. "If you know anything at all, if you know something, please, I am begging. This is my baby, this is my son. I need him home."

Though they are not suspects, police are searching for at least four people who were in the area around the time he disappeared. Two of the people were seen on foot on the evening of July 27, while two vehicles — a Honda Pilot and a Dodge Avenger — left the area that same night.

A city reward fund of $50,100 is available for anyone who provides information that leads to Michael’s safe return, Huff said. The funds will be available until March 31, 2022.

Authorities are asking anyone with information to call Fruitland Police dispatch at 208-642-6006 or to email findmichael@fruitland.org.