Christopher's 18-month-old daughter, Ava, is an internationally known celebrity chef after he left a not-so-nice, yet adorable, review of her new restaurant.

Most dads will do just about anything for their children - and Christopher really wanted to support his daughter by eating lunch at her restaurant. But her establishment was, well, a bit lacking.

Ava's Kitchen opened in April and is fully equipped with a microwave, dishwasher, and fridge. Her father was trying to support another black-owned business and says it's a clean establishment even if it's lacking some things.

Ava Ray owns Ava's Kitchen in Southfield and calls all the shots.

"Mom got her the nice stainless steel appliances," Christopher said.

But she's now known across the world after her father and entrepreneur gave her restaurant a not-so-nice review on Instagram.

"Overall the customer service could be better but the cook is a cutie as you guys can see," he said.

Ava's Kitchen opened in April and is fully equipped with a microwave, dishwasher, and fridge. Her father was trying to support another black-owned business and says it's a clean establishment even if it's lacking some things. First, he didn't understand why there were balloons attached to his chair - which is a bit small for most of her customers.

"She told me to hush because those are mommy's."

But also the wait! He said he waited more than 45 minutes even though he was Ava's only customer.

"She had me waiting for quite a while and she went to go watch paw patrol."

The food and the cook eventually made up for all of that.

"The moment she wakes up she's smiling and giggling and laughing," he said.

Hopefully, she can keep the restaurant going despite its poor service. Christopher said he's been overwhelmed with the positive responses from his post and the toy's manufacturer even reached out.

"We've been featured in Brazil and Canada and just all...a wide variety of countries around the world - it's crazy," he said. "I do think people needed a positive point to hold on to and to laugh and be encouraged by."

The Ray family is trying to see the quarantine as a blessing and an opportunity to spend as much time as possible with those who mean the most. 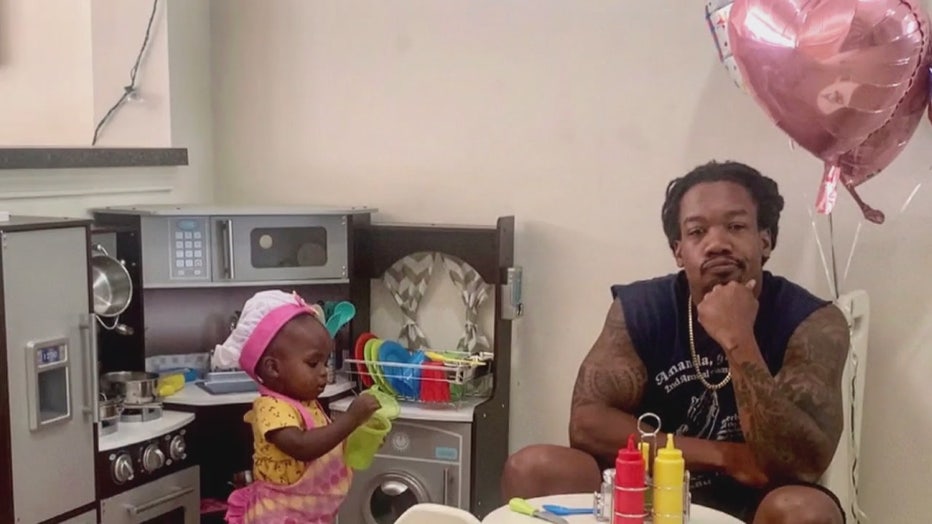