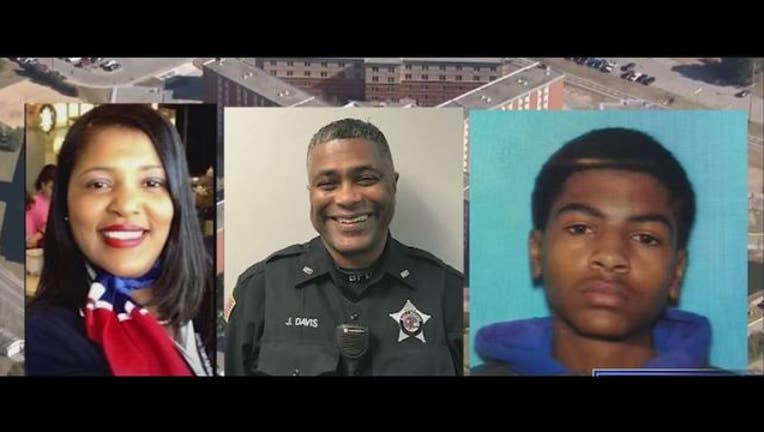 MOUNT PLEASANT, Mich. (AP) - A 19-year-old student accused of killing his parents at Central Michigan University has been transferred to jail from a hospital.

Records show that James Davis Jr. was moved to the Isabella County jail on Wednesday. He heard the murder charges against him while in a hospital bed this week.

Authorities say Davis Jr. shot his parents, James and Diva Davis, of Plainfield, Illinois, in his dorm room last Friday. He was captured early Saturday after a 16-hour manhunt in Mount Pleasant, Michigan.

A train conductor called 911 when he spotted Davis Jr. in his underwear. Chris Bagwell, president of Great Lakes Central Railroad, says the crew wondered if he might try to jump on the train.

A funeral for Davis Jr.'s parents is set for Saturday in Broadview, Illinois.