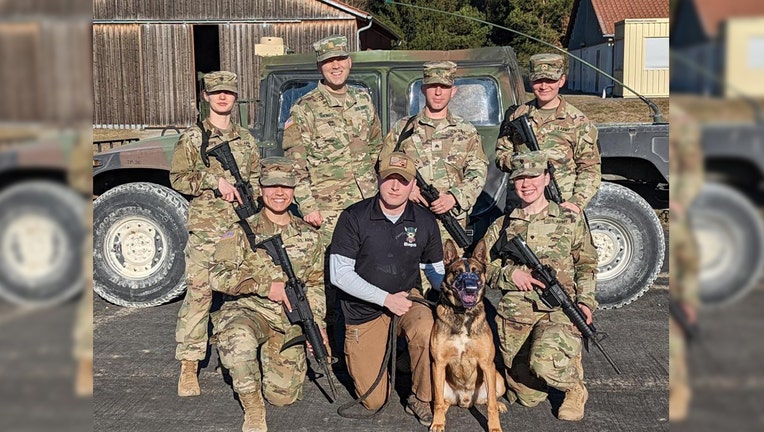 The holiday is celebrated on March 13, the anniversary of when the Army founded the K-9 Corps in 1942 and officially began training dogs to aid humans during war.

Not only can war dogs help sense incoming artillery, locate wounded soldiers and help deliver messages between troops, but their presence on the front lines helps boost morale.

The original American "war dog" is widely recognized as Sergeant Stubby, who’s said to be the most decorated war dog of World War I and the only canine to be nominated and promoted to sergeant.

After an injury in a mustard gas attack, Stubby reportedly was outfitted with a specially-designed mask so he could return to the trenches.

The Smithsonian purports Stubby even captured a German spy, earning him the promotion to sergeant.

Dogs of war span centuries and are valued as important members of the military units, but it wasn’t until this century that they began being placed for adoption after their service. Military working dogs, up until then, were typically deemed as "equipment" and thousands have been euthanized over the years once their duty ended.

But now, as military.com points out, they even have their own retirement ceremonies, awards and medals and memorial services.