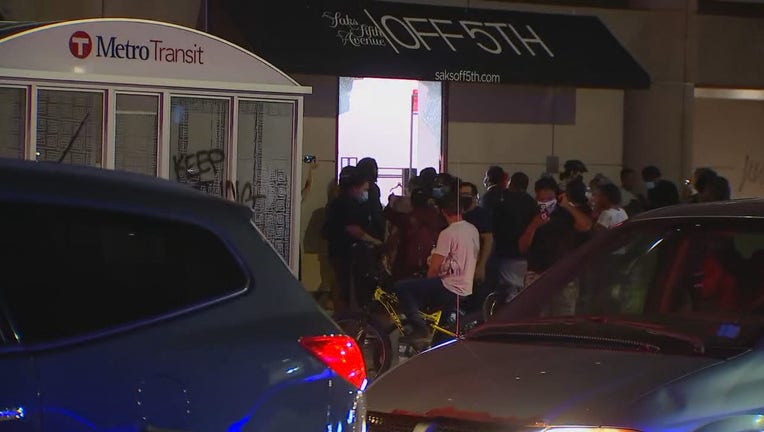 In addition to requesting the Minnesota National Guard, Frey also an immediate curfew, which is in effect until 6 a.m. Thursday.

The looting broke out after a homicide suspect died by suicide on the Nicollet Mall. Following his death, rumors spread that the man was shot by police. Minneapolis officials have released video of the incident.

According to Department of Corrections Commissioner Paul Schnell, law enforcement are working to restore the calm in the downtown. Schnell said people have thrown bottles and set off commercial grade fireworks and there have been reports of shots fired.

In a press conference Wednesday night, Mayor Frey and Minneapolis Police Chief Medaria Arradondo called for people to leave downtown. Arradondo said multiple stores have broken windows, but a full assessment won't be able to completed until the peace has been restored.

Arradondo says during the looting, one officer was injured "not significantly, but serious all the same." 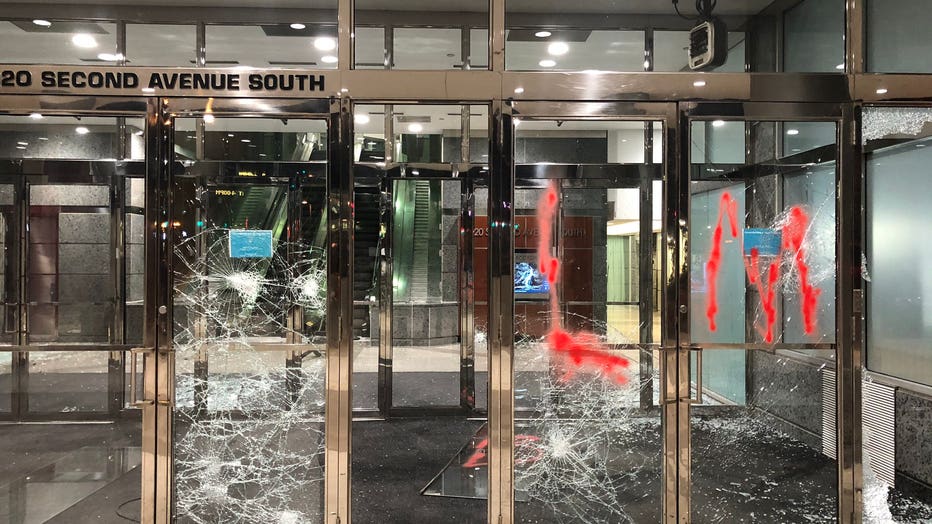 Looters damaged multiple buildings downtown amid a night of unrest on Aug. 26, 2020.

According to Minnesota Governor Tim Walz, about 150 Minnesota State Patrol troopers also are a part of the response.

Arradondo says community leaders responded to the area to share the information regarding the suicide to try to quell the rumors.

Residents who live downtown and may be trying to get into the area may be asked to show their identification, Arradondo said. 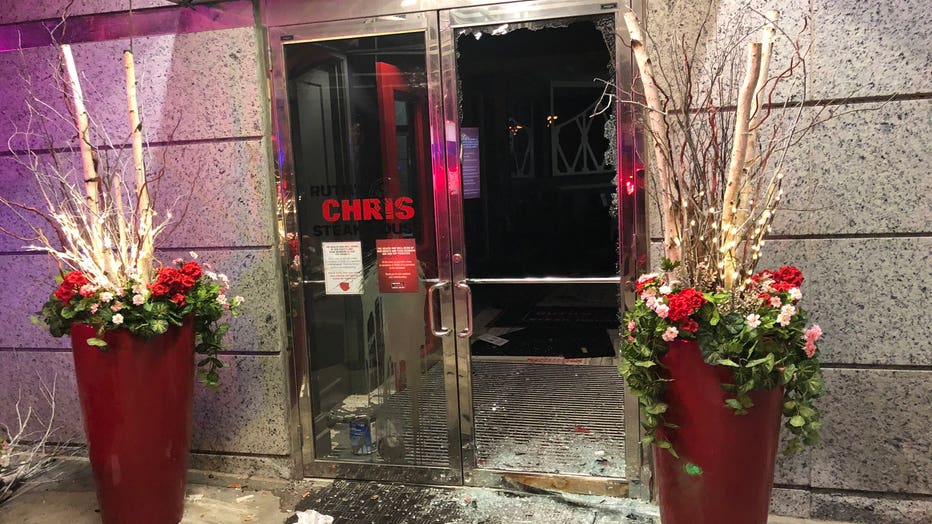 Looters damaged multiple buildings downtown amid a night of unrest on Aug. 26, 2020.