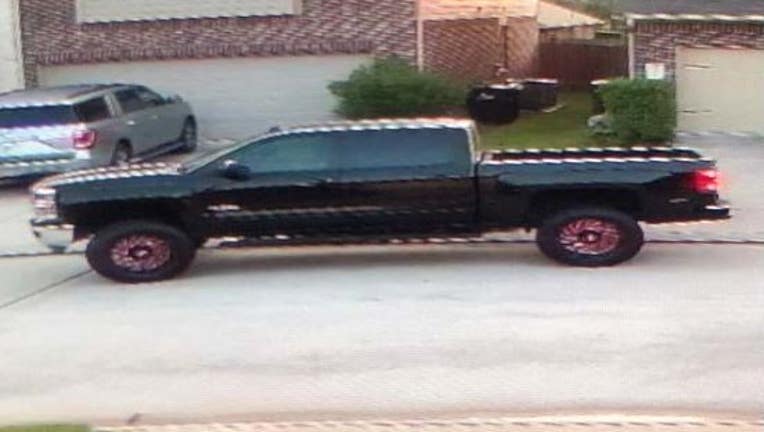 SPRING, Texas - The Montgomery County Sheriff’s Office is searching for the driver of a pickup truck in reference to an aggravated assault.

Authorities said the aggravated assault occurred around 7:30 a.m. Saturday in the 30000 block of Gardenia Trace Drive in Spring.

According to a release, the driver was involved in a fight when he showed a handgun and fired multiple rounds at a victim’s home.

One round did strike a vehicle in a driveway where a 10-year-old was standing, authorities said.
The suspect is described as a Black male, approximately 6 feet tall to 6’3” tall, medium build, wearing a black ‘Champion’ t-shirt, and two-tone colored shorts.

The vehicle the suspect was driving is described as a lifted black Chevrolet Silverado with dark window tint, large wheels, and tires. The wheels are said to be red and black in color.

Authorities said the suspect should be considered armed and dangerous.

If you locate him, do not attempt to approach him and contact law enforcement immediately.