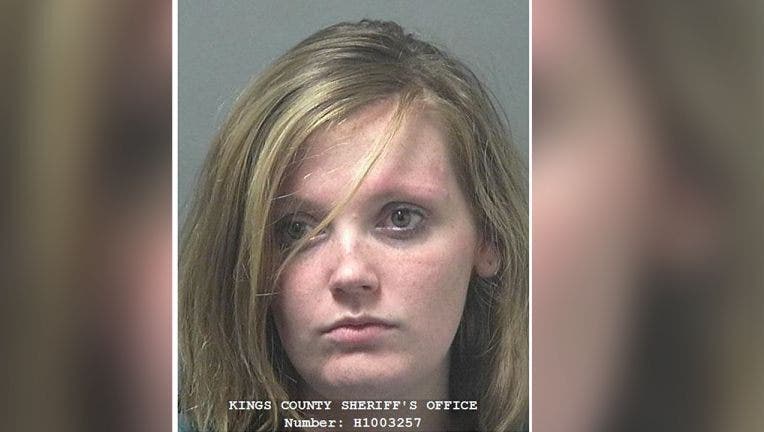 Mugshot of Chelsea Cheyenne Becker who was charged with the murder of her stillborn child.

SAN FRANCISCO - A California judge has dismissed a murder case against a woman who delivered a stillbirth after consuming methamphetamine, saying prosecutors failed to provide evidence that she took drugs knowing that it could kill her baby.

The dismissal, however, falls short of what Becker's advocates had wanted from the court: A clear ruling that that California's homicide law does not apply to pregnant women. California’s former top prosecutor, Xavier Becerra, backed that position.

RELATED: California AG seeks to drop murder charges against woman who gave birth to stillborn with meth in system

"We are disappointed that a dismissal on these grounds does not foreclose the possibility that a misguided prosecutor may attempt a similar prosecution in the future," said Jacqueline Goodman, trial counsel for Becker. "As a result, we are left to play a sort of whack-a-mole, ever vigilant that we find and prevent any similar efforts to charge a woman with murder for the outcome of her pregnancy."

Phil Esbenshade, the top assistant district attorney in Kings County in California's Central Valley, did not immediately respond to an emailed request for comment. He has said the case against Becker was not about reproductive rights but about stopping a woman who repeatedly abused narcotics while pregnant. Becker gave birth to two other babies who tested positive for meth.

Becker's attorneys say it's a travesty she had to stay in jail for more than a year, unable to post $2 million bail, until she was transferred to a drug treatment facility earlier this year.

There is no evidence that drug use results in stillbirths, her attorneys say, and allowing murder charges would have a chilling effect: preventing women from seeking needed prenatal care. Numerous medical and public health groups, including the American College of Obstetricians and Gynecologists, oppose punishment for drug use while pregnant.

Becerra, who is now U.S. Secretary of Health and Human Services, filed a friend of the court brief stating that the law was never meant to apply to pregnant women and urging that charges against Becker be dropped. The judge in the case declined and two higher courts said it was too early in the legal process for them to intervene.

In September 2019, Becker gave birth to a stillborn child she had named Zachariah Joseph Campos. The coroner’s report listed toxic levels of meth as the cause of death, but an attorney for Becker said the pathologist never reviewed her medical record, which included three infections that could have caused the stillbirth.

In California, lawmakers amended the state’s murder statute to include a fetus after the California Supreme Court in 1970 overturned the conviction of a man who had beaten a pregnant woman, causing her to lose the baby. Attempts in California in the 1990s to use the law to prosecute pregnant women failed.