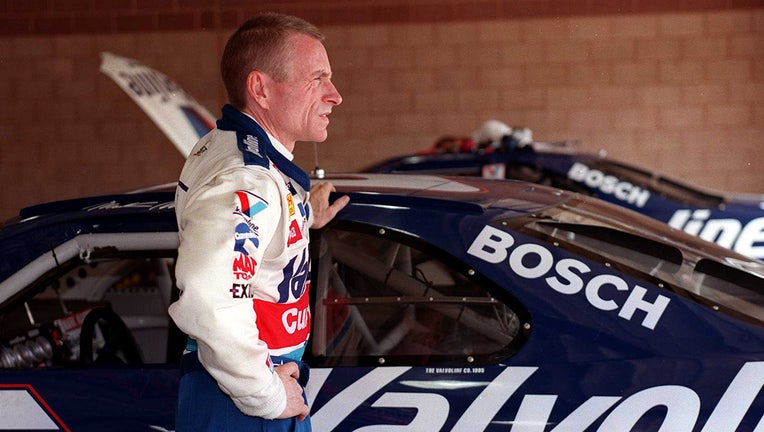 DARLINGTON, S.C. - Hall of Famer Mark Martin will be a major presence at Darlington Raceway, just like he usually was during his stellar NASCAR career.

Martin will have not one, not two but three commemorative throwback schemes in his honor when the "Lady In Black" celebrates NASCAR history with its races this weekend.

"It means so much, I can't even tell you," Martin told The AP by phone this week leading up to NASCAR's three top series running at Darlington.

After Friday night's trucks race, the Xfinity Series races on Saturday before the main event takes place on Mother's Day with the Goodyear 400.

Martin will be remembered much of the weekend. Brad Keselowski, in his first season driving the No. 6 for Roush Fenway, will drive a blue-and-white scheme that Martin ran for Jack Roush in 2004.

Alex Bowman, in Hendrick Motorsports' No. 48, will pilot a red-white-and-blue machine that looks like the one Martin used in 1993 to win the first of his two Southern 500s at Darlington. Brett Moffitt went way back in Martin's history with his No. 2 car in the Xfinity race, mimicking the car Martin ran his rookie year in 1982.

Darlington, NASCAR’s oldest superspeedway that opened in 1950, has found a niche on the Cup Series schedule with it yearly throwback celebration, a sort of "Old Timer’s Day" for the sport’s history.

"We've had lots of Hall of Famer racers honored at Darlington," raceway president Kerry Tharp said. "But I can't remember anyone getting three tributes the same weekend."

It was enough to lure Martin away from his enjoyable life as a retiree in Montana to make a rare on-track appearance at Darlington.

"It was Moffitt," Martin said about why he came East. "He took a time when no one knew who I was was or wanted anything to do with me. I had to show up."

Not too soon after Martin's start, he routinely showed up on everyone's radar. He finished with 40 wins in the Cup series, good for 20th all-time. Martin was a modern-day master at Darlington, where the egg-shaped, 1.366-mile layout is an acquired taste for NASCAR's best.

In 12 races at Darlington between March 1989 and April 1994, Martin had 10 top-five finishes and only once ended worse than sixth. In 2009, the then 50-year-old Martin outraced Hendrick teammate Jimmie Johnson to capture the Southern 500.

Martin holds the record for Xfinity wins at Darlington with eight, all accomplished over a 15-race span between 1993 and 2000.

His secret? Simple, he says, just use the same setup each time. "It was the magic," he said.

Martin loved Darlington’s tight straightaways and the challenge of its two different corners that force drivers to come oh-so-close to the wall if they want to run up front. He’s grateful for the success he’s had here, but when asked about Darlington memories, he pointed to a couple of runner-up finishes — both to the late Dale Earnhardt — in 1989 and 1990.

They were among Martin’s six second places in his Darlington Cup career.

"We ran good but it wasn’t good enough," Martin said. "That’s what I think about more than any of those wins we had."

Martin, now 63, was elected to the NASCAR Hall of Fame in 2017 and has largely remained out of the spotlight as a former racing star.

Keselowski said he and Martin speak every so often, mostly about life. Few understand what it's like to be the face of Roush Fenway Racing, as Martin was during the bulk of his career. Martin won 35 of his 40 Cup events with Roush.

"It's always good catching up with him," Keselowski said.