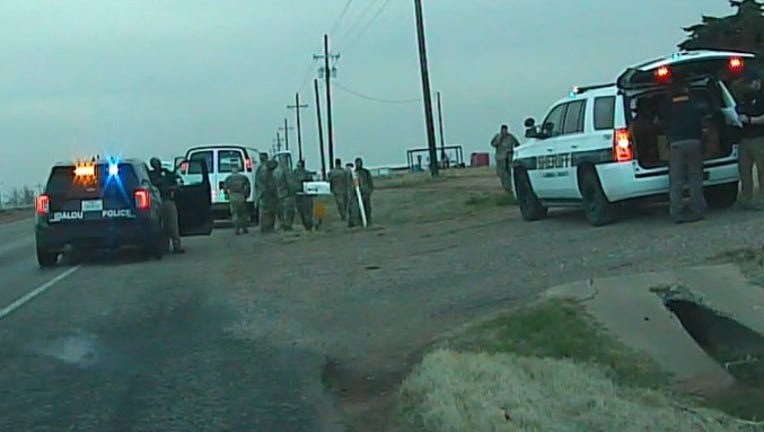 Dashcam video of the scene after police say a man ran the National Guard off the road as they transported a COVID-19 vaccine shipment. (Credit: Idalou, TX police)

IDALOU, Texas - A man is in custody in Texas after police say he ran National Guard troops off the road as they were carrying a shipment of COVID-19 vaccines.

Williams said the man, later identified as 66-year-old Larry Lee Harris, had followed the National Guard caravan on the highway. At one point, he was able to get in front of them, made a U-turn to face oncoming traffic, and started to drive toward the National Guard’s three vans.

The soldiers pulled off the highway to avoid a head-on collision.

Williams said Harris got out of his car, falsely identified himself as a detective and ordered the soldiers out of their vans at gunpoint.  He then allegedly demanded to search their vehicles, claiming he believed they had kidnapped a woman and child.

Williams said his officers arrived on the scene and arrested Harris without incident. 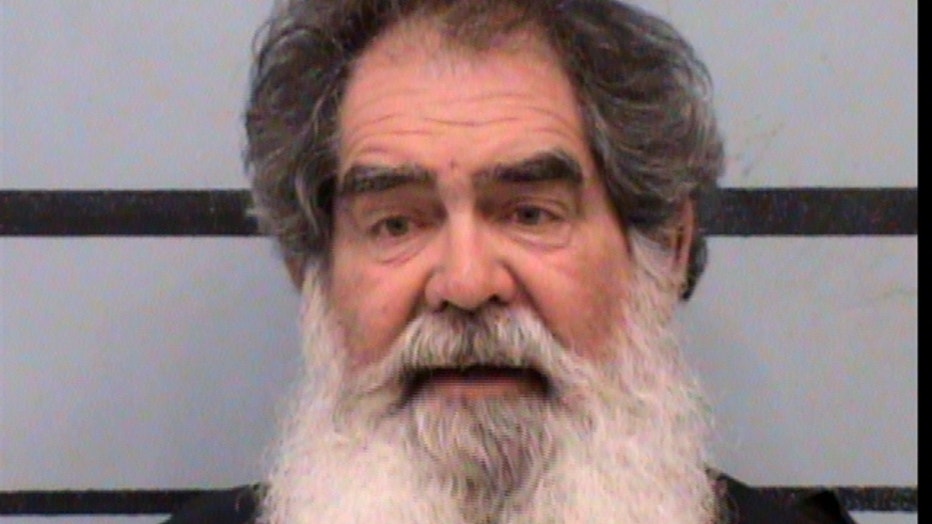 Harris, from Wilcox, Arizona, is charged with aggravated assault with a deadly weapon, unlawful restraint of 11 National Guard soldiers, unlawfully carrying a weapon and interfering with Texas military forces.

Williams said the unharmed National Guard soldiers were able to continue their journey and deliver the COVID-19 vaccines to Matador, Texas.

"Mr. Harris appeared to be mentally disturbed," Williams said. "This was a very dangerous situation since the suspect was standing in the midst of the unarmed guardsmen with a loaded weapon. Then the Idalou officers arrived on scene. We are grateful that the officers were able to take him into custody without any of the guardsmen, the officers, or the suspect getting hurt."