RIO GRANDE VALLEY, Texas - A Texas National Guard soldier participating in Operation Lone Star at the Texas border with Mexico shot and killed himself in an alcohol-related accident, part of a wave of accidents and suicides that have plagued the border mission.

The soldier, who was on activate orders to support the mission at the border, accidentally shot himself on Saturday, just days after another soldier assigned to the mission survived a suicide attempt between Christmas and New Year's Day, according to a report from the Army Times.

The incidents come as approximately 10,000 members of the Texas National Guard and Texas State Guard have faced a growing morale crisis while on involuntary activations at the border with Mexico, prompting the Joint Task Force Lone Star’s chaplains to launch a force-wide "morale survey" earlier this week.

Units assigned to the border mission have seen a wave of suspected suicides in recent months, with the Army Times reporting that four soldiers are suspected of committing suicide between November and December of last year.

"The [Texas Military Department]’s leadership has lost focus on what matters most, and that’s the soldier," retired Command Sgt. Maj. Jason Featherston, who previously served as the Texas Army National Guard’s senior enlisted leader, told the Army Times last month. "Their inability to focus on the individual soldiers’ needs has cost several lives, and until they [focus], more tragedies will continue to happen."

The soldiers assigned to the border mission are supporting the Texas Department of Public Safety and were activated by Texas Gov. Greg Abbott, serving under his control, as illegal crossings have surged under the Biden administration.

But the rapid mobilization of troops has led to a rash of issues, including interruptions to civilian life, cramped living quarters, and issues with pay.

The issues have caused critics to call the mission into question, including retired Army Lt. Col. and former GOP Florida Rep. Allen West, who has called on leadership to resign over the failures.

"Maj. Gen. Tracy Norris: if you have any honor, integrity or character whatsoever, you should immediately submit your resignation," West said of the Texas Guard’s top general.

The suicides and incidents have also caught the attention of former Rep. Beto O’Rourke, who is the current front-runner for the Democratic nomination for governor of Texas, who called the trend "devastating." 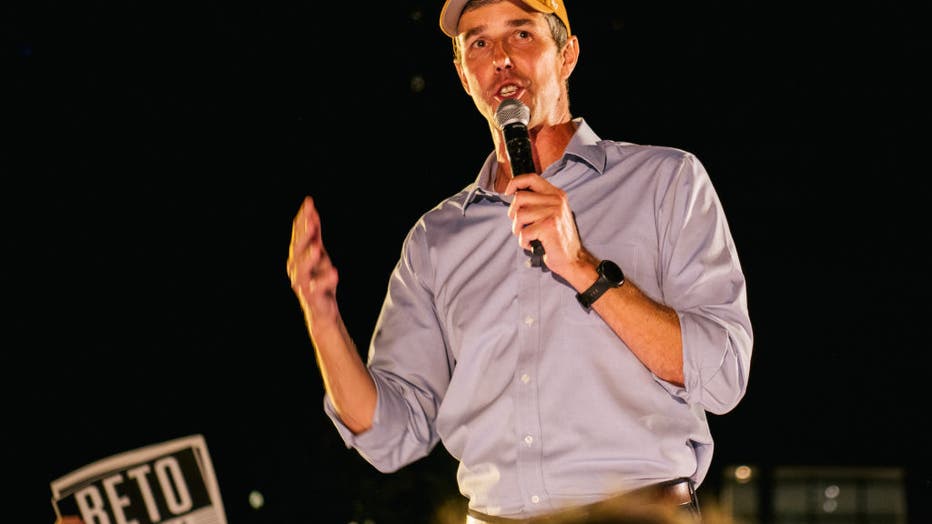 AUSTIN, TEXAS - DECEMBER 04: Texas Democratic gubernatorial candidate Beto O'Rourke speaks during a campaign rally at Republic Square on December 04, 2021 in Austin, Texas. O’Rourke launched his campaign on November 15, where he announced his run in

"This devastating string of suicides must serve as a wake-up call to the way that our Guard members are being treated at the border," said O’Rourke in op-ed in the Houston Chronicle. "The warning signs have been there from the beginning."

The Biden administration has overseen a historic surge in illegal crossings at the border, with an estimated 1.7 million crossing during his first fiscal year in office. That ended on October 1, 2021, but the surge has continued. Biden himself has yet to visit the border, while his assigned point person, Vice President Kamala Harris, only visited once, and that was to El Paso, Texas, hundreds of miles from the epicenter of the border crisis.