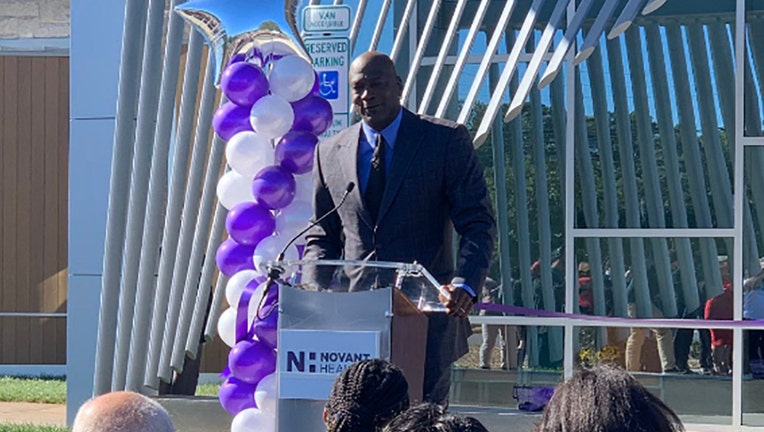 FOX NEWS - NBA legend Michael Jordan has decided to spend part of his fortune on helping the most underprivileged members of his community.

On Thursday, an emotional Jordan opened the first of two Charlotte medical clinics funded by him and his family. The clinic, located in a lower-income section of the city, will provide vital access to primary and preventive care to residents, including those who are uninsured or underinsured.

Novant Health, which will operate the facility in West Charlotte, tweeted Thursday that Jordan had donated $7 million to help make the Michael Jordan Family Medical Clinic a reality.

"The money is not the issue to me. It's the commitment to be able to make a difference and make an impact to a community that in the future will make an impact to the city of Charlotte," said Jordan, who owns the hometown Hornets. " ... This is a very emotional thing for me to be able to give back to a community that has supported me over the years."

Jordan also vowed to do more, saying "this is just the start of a battle of being able to touch as many people as we can."

"When you look at the growth in this area, in the next three to five years, we need triple the primary care that is needed today," Norvant Health Executive Vice President and Chief Consumer Officer Jesse Cureton told the station.

Jordan has amassed a net worth of nearly $2 billion through his earnings on the court and various business dealings. He is perhaps best known for his relationship with Nike, which operates Jordan Brand as a subsidiary. He also has long-term relationships with Pepsi-owned Gatorade and Hanes.