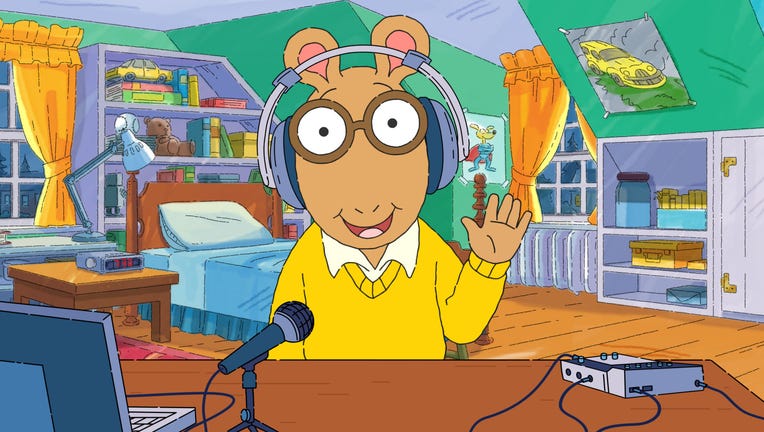 BOSTON - After coming to an end earlier this year, the long-running, animated kids’ show "Arthur" is getting its own podcast featuring the beloved aardvark.

The first season of "The Arthur Podcast" will feature eight episodes, released each week on Thursdays. It taps into the "Arthur" content library spanning 25 years, retelling episodes from the television series in a new audio format.

The new podcast launches on Thursday, Oct. 20, and will be available for free on all major podcast platforms like Apple Podcasts and Spotify, as well as on the PBS KIDS Video app, The Arthur YouTube channel, and pbskids.org.

Listeners can submit responses to "Arthur’s Inbox" on the PBS KIDS for Parents website to be potentially included in future episodes.

"It’s been so fun to help Arthur make his new podcast," Carol Greenwald, GBH Kids’ senior executive producer, said in a statement. "He, D.W., and Buster has done a great job sharing their adventures – and the podcast platform will allow us to reach new audiences as well as reconnect longtime fans to many of our classic stories."

"Arthur" first appeared on air in October 1996. Throughout its run, the bespectacled aardvark named Arthur Read navigated life with his family, friends, and school — pushing the boundaries of animation and teaching kindness, empathy, and inclusion through everyday adventures.

The Peabody and Emmy Award-winning "Arthur" series is based on the bestselling "Arthur Adventure" book series by Marc Brown. 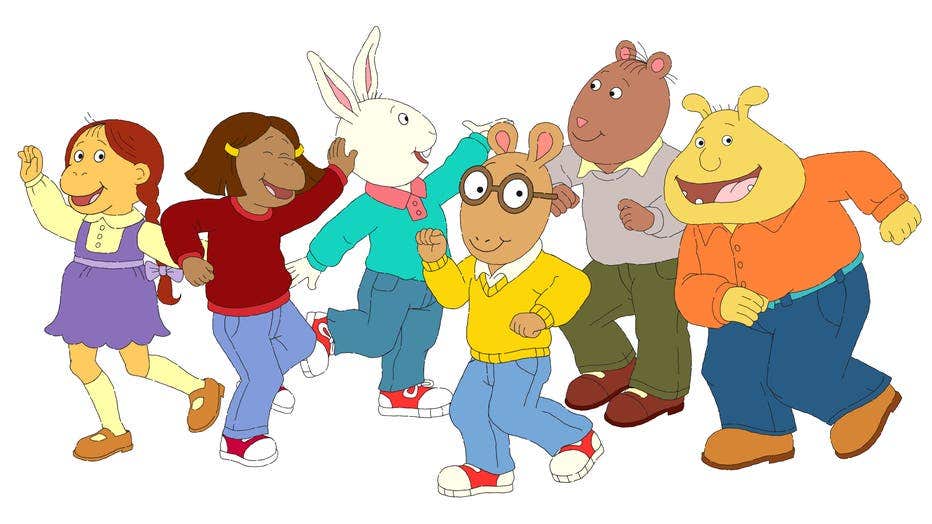 The show detailed Arthur’s life in Elwood City as he faced issues related to culture, class, and even same-sex marriage. In a 2019 episode, Arthur examined the same-sex marriage between his teacher, Mr. Ratburn, and Patrick, the local chocolatier, in an episode titled "Mr. Ratburn and the Special Someone." The episode was boycotted by Alabama Public Television and they refused to air the show.

In 2020, a series of digital short "Arthur" videos sought to give parents and families tools to discuss pressing issues like the importance of hand-washing and wearing a mask during the pandemic, learning and talking about racism in society, and encouraging everyone to participate in elections.

The end of the series was announced last year, and the series finale aired in February. PBS Kids celebrated the moment with a marathon and four new episodes, "which culminate in a much-anticipated ending that gives a glimpse into what’s in store for the future of these beloved characters."

"Adapting one of the most beloved kids’ animated series in the world for audio has been a privilege, not to mention a lot of fun," Ben Strouse, CEO of Gen-Z Media, said in a statement. "We hope the podcast version provides kids as well as those of us who have grown up with the iconic show an important new way to enjoy these wonderful and relatable stories."