NEW BRAUNFELS, Texas - The New Braunfels Police Department is looking for tips from the public to help identify the suspect who is believed to have robbed a pair of convenience stores in the early hours of February 2.

The first robbery happened at 12:55 a.m. at the 7-Eleven stores in the 800 block of FM 306. Police say a man entered the store, brandished a handgun, demanded money from the cash register, and left the scene with an undisclosed amount of cash.

About 20 minutes later at 1:15 a.m., officers responded to a second robbery call at the Sac-N-Pac in the 1400 block of Highway 46 South. Police say once again the man entered the store, brandished a handgun, demanded money from the cash register, and left the scene with an undisclosed amount of cash.

The suspect is described as a black male in his 20s with dreadlocks and was last seen wearing a red beanie, a black sweatshirt, tan pants, and black shoes. An image from surveillance video can be seen below. 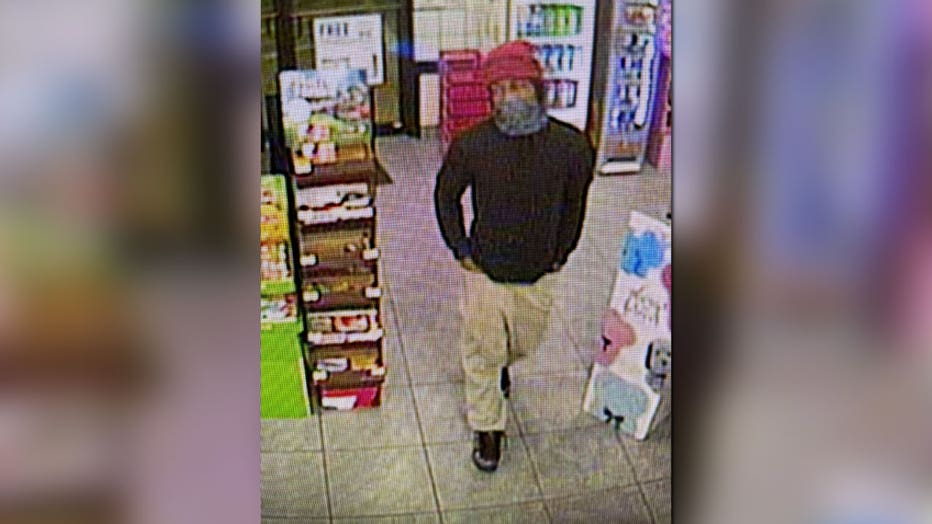 Anyone with information about the identity of this suspect is asked to contact New Braunfels Police or Comal County Crime Stoppers.

Crime Stoppers is offering a reward of up to $4,000 for information that leads to an arrest and/or grand jury indictment. To remain anonymous and to collect the reward, contact Crime Stoppers at 830-620-TIPS (8477), leave a tip online, or send a tip using the "P3 Tips" smartphone app available on iOS and Android devices.