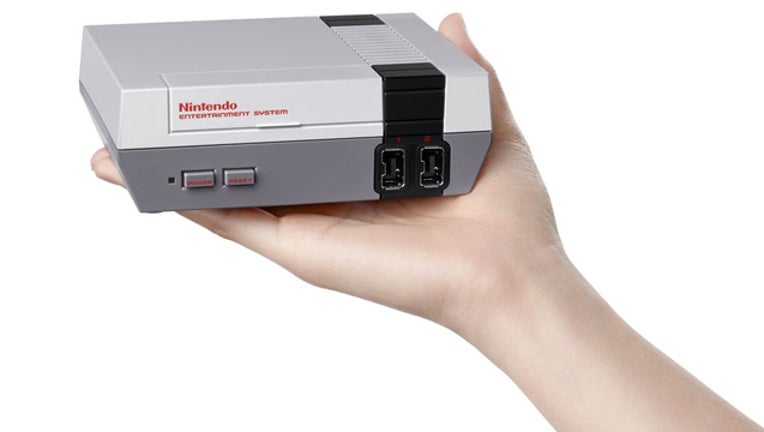 The video game giant today announced plans to sell a smaller, updated version of the 8-bit Nintendo Entertainment System, known affectionately to many children of the '80s as the NES. The system looks like the iconic red and gray box, and will come with modern cables compatible with today's high-def TVs, but that's not all.

The NES Classic Edition will be boxed with a traditional square controller and come pre-loaded with 30 games -- so no more blowing into the game cartridges.  The list includes everything from the iconic Super Mario series to favorites like Metroid, The Legend of Zelda, and Mega Man 2.

For years, the only way to play these old classics was to use an adaptor to hook up an original console -- provided, of course, that your old unit and controllers still work decades later.  Many of the games have been unofficially available online using computer programs called emulators, but some of those adaptations are glitchy and can be tough to play with a keyboard.

Now, you'll be able to sit in your living room and enjoy the 8-bit graphics and sounds once again.  And don't worry if you've forgotten the cheat codes -- Nintendo says the games will come with "multiple suspend points," so you can take a break and come back later without having to start all over.