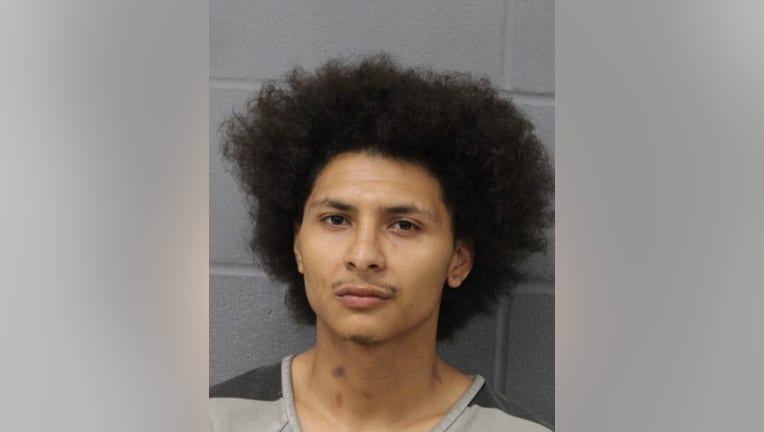 AUSTIN, Texas - A man has been arrested and charged with first-degree murder in connection with a deadly shooting at a North Austin homeless camp last month.

21-year-old Cesar Lopez was arrested July 28 for the shooting of 37-year-old Michael Richardson. Members of the Lone Star Fugitive Task Force arrested Lopez less than a mile from where the shooting happened.

APD says officers responded to a call just before 7:30 a.m. July 9 about the shooting in a homeless encampment in the area of InTown Suites in the 9900 block of N. Lamar Boulevard.

When officers arrived, they found Richardson with several gunshot wounds. EMS arrived and attempted CPR, but Richardson died at the scene.

A preliminary investigation revealed the shooting started as an argument, which escalated into the shooting. An autopsy ruled cause of death to be gunshot wounds.