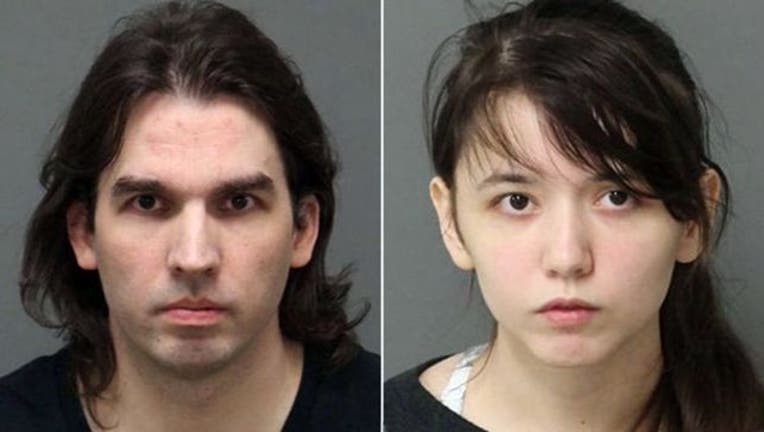 HARTFORD, Conn. (AP) — A man who had an incestuous relationship with his daughter and fathered a child with her shot and killed her and her adoptive father in a pickup truck on Thursday and then killed himself, police said. The child, a 7-month-old boy, was found slain in North Carolina.

The man, 45-year-old Steven Pladl, and his daughter, 20-year-old Katie Pladl, had been arrested on incest charges, and the baby boy, who was found dead in a home in Knightdale, North Carolina, was their biological child, a lawyer for Steven Pladl said.

Knightdale police Chief Lawrence Capps said, “We’re trying to make sense of all the factors that led up to this senseless taking of life.”

Officers responding to reports of gunfire around 8:40 a.m. in New Milford, Connecticut, found two victims inside the pickup truck with a window shot out, police Lt. Lawrence Ash said. Police were searching for Steven Pladl’s vehicle, a Honda minivan, when he was found dead inside it several miles away in Dover, New York. Authorities said the motive for the shooting was under investigation.

Around the time the shooting was reported, police in Knightdale found the body of the baby, Bennett Pladl.

Steven Pladl’s mother had called police to conduct a welfare check on the Knightsdale home after a disturbing phone conversation with him, Capps said. Police found the infant alone in the house.

Virginia attorney Rick Friedman, who had been representing Steven Pladl in the felony incest case, said he had breakfast with Pladl only a month ago and had no indication that such violence was possible.

“This really bothers me a lot because nobody ever could have predicted this. If anybody had a remote idea anybody was in harm’s way there would have been no bond set,” he said. “There was just absolutely no prior notice anything would happen to these people.”

As part of the bond requirements, Friedman said, the father and daughter were not supposed to communicate with one another. He said Katie Pladl had been living in New York with her adoptive parents.

New Milford resident Jeff Weinzievl, who lives near the intersection where Katie Pladl and her adoptive father were found, told the Connecticut Post he was feeding his horses when he heard six to eight shots from what sounded like a semi-automatic weapon.

“It scared the bejesus out of the horses,” he said. “A lot of people hunt out here, but I knew this something was wrong with this. It was quite scary.”

A nearby school was locked down as a precaution.