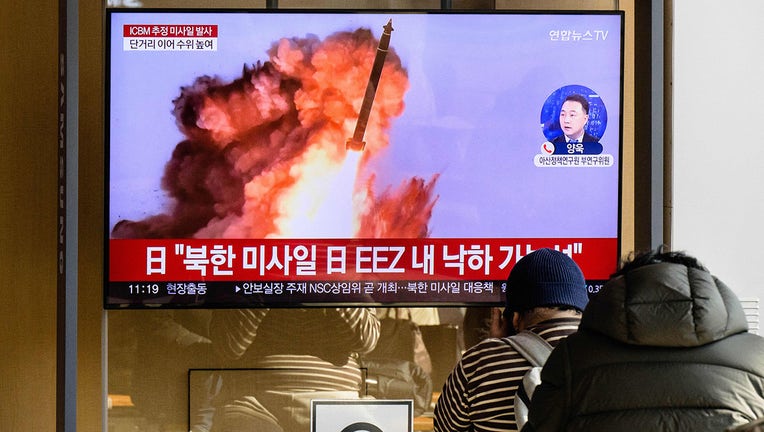 People sit near a television showing a news broadcast with file footage of a North Korean missile test, at a railway station in Seoul on November 18, 2022. (Photo by ANTHONY WALLACE/AFP via Getty Images)

North Korea test-launched an intercontinental ballistic missile (ICBM) capable of carrying a nuclear warhead with a range that could strike anywhere across the U.S.'s mainland, defense officials said Friday.

The missile landed 130 miles off the coast of Japan, and the U.S. Indo-Pacific Command said it was in close communication with Japanese and South Korean officials.

The U.S. command immediately condemned Pyongyang’s missile launched and called on it to "refrain from any further unlawful and destabilizing acts."

Defense officials said they did not assess the missile test was an immediate threat to the U.S. or its allies but said it would continue to "monitor the situation."

"U.S. commitments to the defense of the ROK [Republic of Korea] and Japan remain ironclad," the Indo-Pacific Command said in a statement early Friday morning.

North Korea has launched a series of missile tests in recent weeks as it looks to bolster its nuclear program and position itself as a greater threat to top nations like the U.S.

Pyongyang’s attempts to bolster its geopolitical standing coincided with China and Russia’s decision earlier this year to strike down Western attempts to increase U.N. sanctions on North Korea to curb its nuclear development.

Japan’s Defense Minister Yasukazu Hamada estimated that the missile had a potential range of over 9,300 mile depending on the weight of the warhead.

"In which case it could cover the entire mainland United States," he warned.

"Pyongyang must immediately cease its destabilizing actions and instead choose diplomatic engagement," she added. 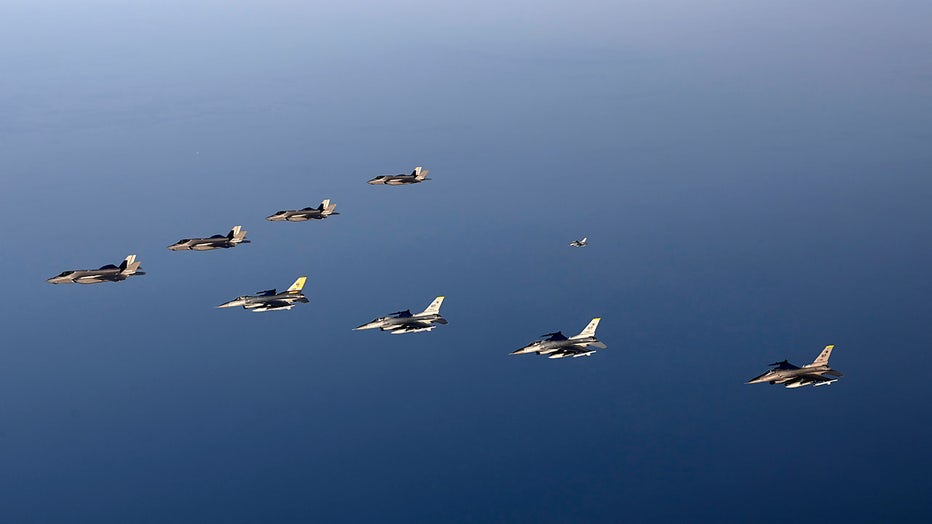 Another group of eight U.S. and South Korean jets separately performed other aerial drills off of the peninsula’s east coast.

South Korea's Joint Chiefs of Staff said the exercises "showed we have a strong resolve to sternly deal with an ICBM launch and any other provocations and threats posed by North Korea."

Adding that allied nations have an "overwhelming capacity and readiness to launch precision strikes on the enemy."