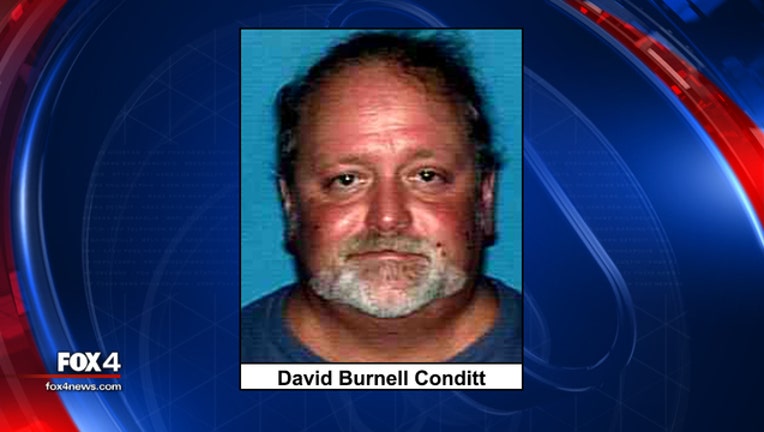 HALTOM CITY, Texas - The man wanted for the murder of his twin sister was arrested in South Carolina.

He had been on the run since 58-year-old Dena Conditt Wright was found dead in her home in the Fort Worth suburb of Haltom City.

Haltom City police believe Conditt fatally stabbed his twin sister during an argument and then took off in her SUV.

When the U.S. Marshals found him, he was reportedly asleep on a boat dock near his sister’s stolen SUV.

Police in Haltom City said they have responded to previous calls about a mentally disturbed man at the home the twins shared.