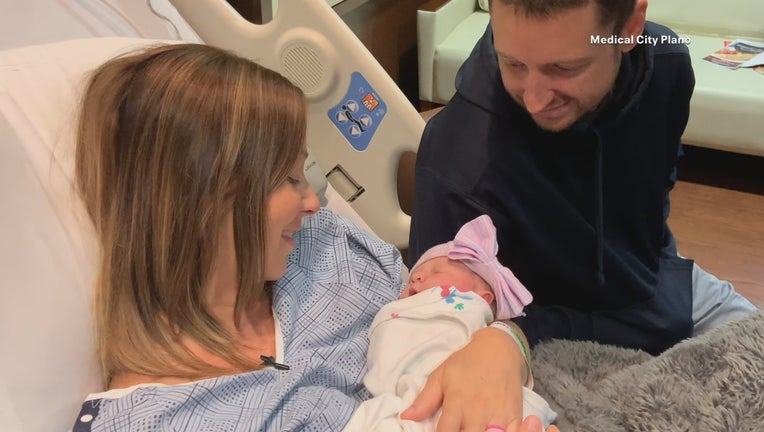 PLANO, Texas - Four years ago, FOX 4 brought you the story of a North Texas mother who became a surrogate mom for her daughter.

Tracey Thompson was surrogate for her daughter, Kelley McKissack, after she and her husband struggled with fertility.

Kelsey is a big girl now and now has a baby sister.

Kelley gave birth to a healthy baby girl, Zoey, at Medical City Plano. She says it has been a longtime dream to give birth. This week, that dream came true.

“Years ago, we thought we were done,” she said. “We thought that was the only little baby we were going to get, and little Zoe surprised us.”

Over the years, the McKissacks tried multiple fertility treatments and suffered three miscarriages. She says carrying and having baby Zoey was an amazing experience.