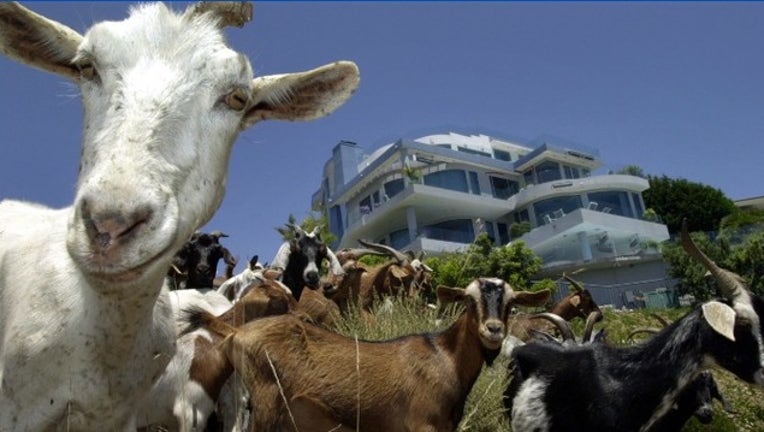 File photo -- Nevada City has launched a "Goat Fund Me" campaign in response to threats of catostrophic wildfires. (Photo by David McNew/Newsmakers)

NEVADA CITY, Calif. (AP) - The threat of catastrophic wildfires has driven a Northern California town to launch a "Goat Fund Me" campaign to bring herds of goats to city-owned land to help clear brush.

Nevada City in the Sierra Nevada began the online crowdsourcing campaign last month with the goal of raising $30,000 for the project.

The campaign explains that because it takes time to secure grant funding, the town needs money now to hire local goat ranchers because they're only available this winter.

City officials say the ranchers have already rented out their herds to other municipalities the rest of the year.

Vice Mayor Reinette Senum told the Los Angeles Times the town's 450 acres of greenbelt makes it especially vulnerable to fires. She says "if we don't help ourselves, no one else is going to step up."

KTVU reported this story from Oakland.