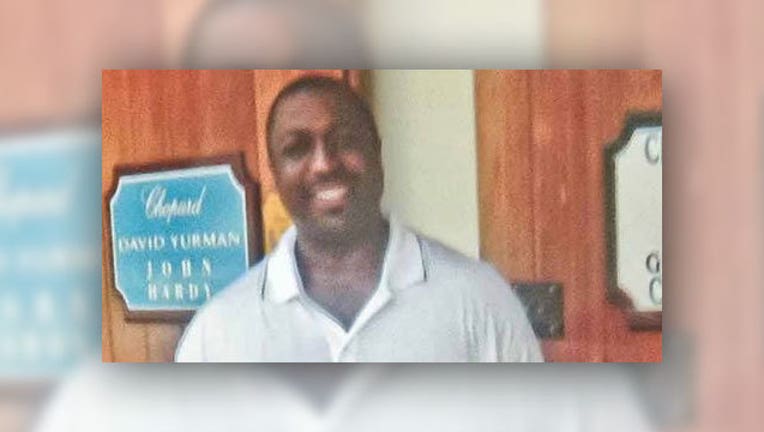 NEW YORK (AP) - New York City reached a settlement Monday with the family of Eric Garner for $5.9 million, almost a year after the 43-year-old died in police custody.

The family filed a notice of claim in October, the first step in filing a lawsuit against the city, asking for $75 million. Garner was stopped on July 17 outside a convenience store for selling loose, untaxed cigarettes. A video shot by an onlooker shows Garner telling the officers to leave him alone and refusing to be handcuffed. Garner is taken to the ground in what appears to be a chokehold, banned by police policy. The officer, Daniel Pantaleo, says it was a legal takedown maneuver.

Garner, who had asthma, is heard gasping, "I can't breathe!" 11 times before he loses consciousness. He was pronounced dead later at a hospital.

The city medical examiner found that the police chokehold contributed to Garner's death. But a grand jury on Staten Island declined to indict the officer in the death. A federal probe is ongoing.

While the city has a legal department that fields lawsuits, the New York City comptroller's office also can settle claims. Comptroller Scott Stringer has made a point of doing that in civil rights cases, saying that resolving them quickly saves the city money on legal fees.

"Following a judicious review of the claim and facts of this case, my office was able to reach a settlement with the estate of Eric Garner that is in the best interests of all parties," Stringer said in a statement announcing the settlement.

The attorney for Garner's family did not immediately return calls seeking comment.

Last month, the comptroller's office agreed to pay $6.25 million to a man who spent nearly 25 years in prison before being exonerated in a killing that happened while he was more than 1,000 miles away vacationing at Disney World. A $6.4 million settlement was reached with a man exonerated in the 1990 killing of a rabbi. Stringer also agreed to a $2.25 million payout to the family of a mentally ill inmate who died in a Rikers Island jail cell that sweltered to 101 degrees because of a malfunctioning heating system, and helped put together a $17 million settlement in the case of three half-brothers who spent a combined 60 years in prison before their convictions were thrown out.