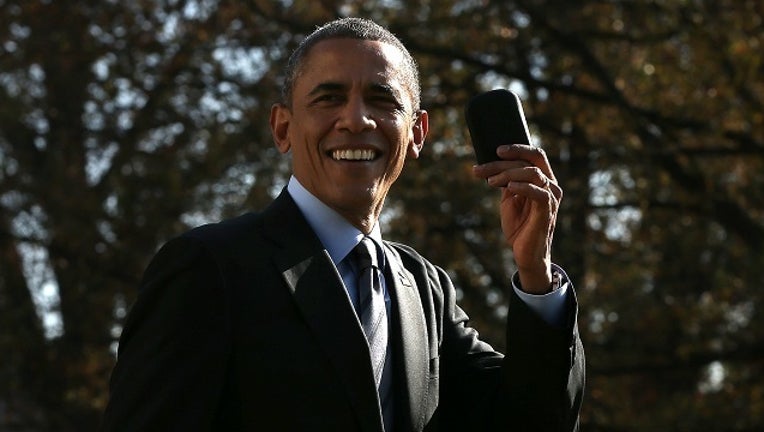 U.S. President Barack Obama holds up his Blackberry after he ran back into the White House after forgetting the mobile phone while departing for a domestic trip. (Photo by Win McNamee/Getty Images)

CHARLOTTESVILLE, Va. (AP) - Former President Barack Obama's tweet in response to the violence in Charlottesville, Virginia, over the weekend is now the platform's most-liked post.

Obama tweeted Saturday night: "No one is born hating another person because of the color of his skin or his background or his religion..." The quote comes from Nelson Mandela's autobiography "Long Walk to Freedom." Obama posted the tweet alongside a picture of himself smiling at a group of children of different races.

By Wednesday morning, the tweet had more than 3.2 million likes, making it the second most-liked tweet of all time. Ariana Grande's tweet following a deadly bombing at her concert in England holds the second spot with 2.7 million likes.