Three officers were injured during the pursuit of two brothers from Alabama.

CARROLL COUNTY, Ga. - Law enforcement in Carroll County said three officers were injured, a suspect is dead and another is in custody after multiple agencies responded to a shooting incident on Monday morning.

Officials said one of the suspects was shot by an unknown officer and the other was taken into custody after some negotiation. They have been identified by investigators are brothers, both from Birmingham, Alabama. 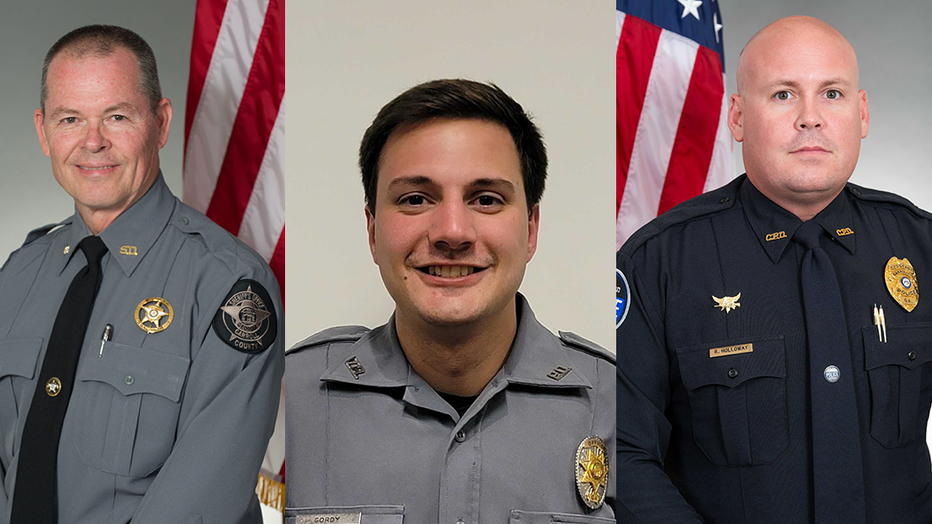 Sgt. Holloway and Officer Gordy were rushed to Grady Memorial Hospital in Atlanta. Both underwent surgery. The GBI said Tuesday Holloway and Gordy remained in the hospital, and Gordy is expected to be released today.

Cpt. Brandon Dawson with Georgia State Patrol said a trooper conducted a traffic stop just after 3:30 a.m. after seeing a 2015 Nissan Sentra driving at more than 100 miles per hour on Interstate 20 about 10 miles from the Georgia-Alabama line. The trooper tried to stop the vehicle, but the driver fled.

Dawson said the trooper pursue and ended up using a PIT maneuver, but the driver regained control of the car and continued to flee. 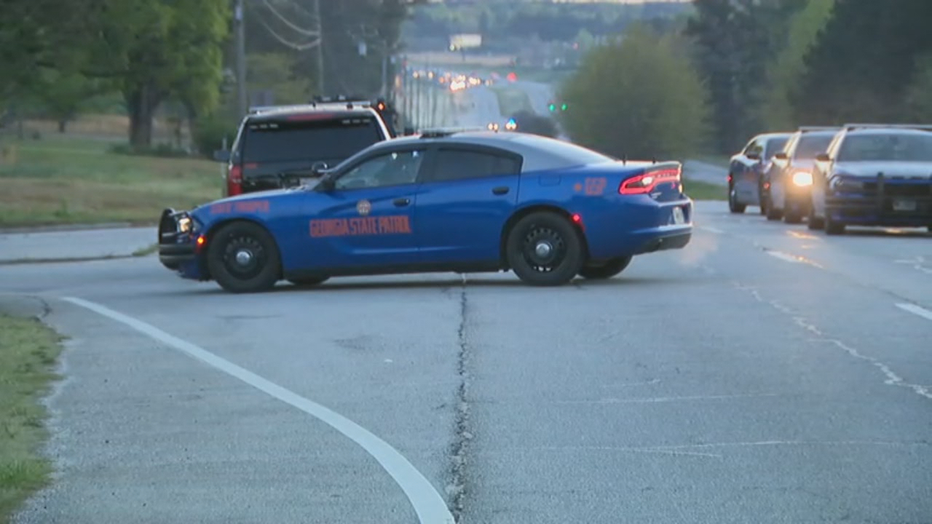 The GBI said the trooper was about to perform a second PIT maneuver when the front passenger leaned out of the window and began firing using a rifle. The trooper's car was stuck and disabled.

The chase crossed into Carroll County, with the Carroll County Sheriff’s Office, Carrollton Police Department, and Villa Rica Police Department joining troopers as the vehicle turned onto Highway 166 and Bankhead Highway. Carrollton Police Chief Joel Richards said a passenger again fired at police and struck Sgt. Holloway. Richards. The sergeant was able to continue in the pursuit, but eventually wrecked his cruiser near the intersection of Highways 61 and 166. 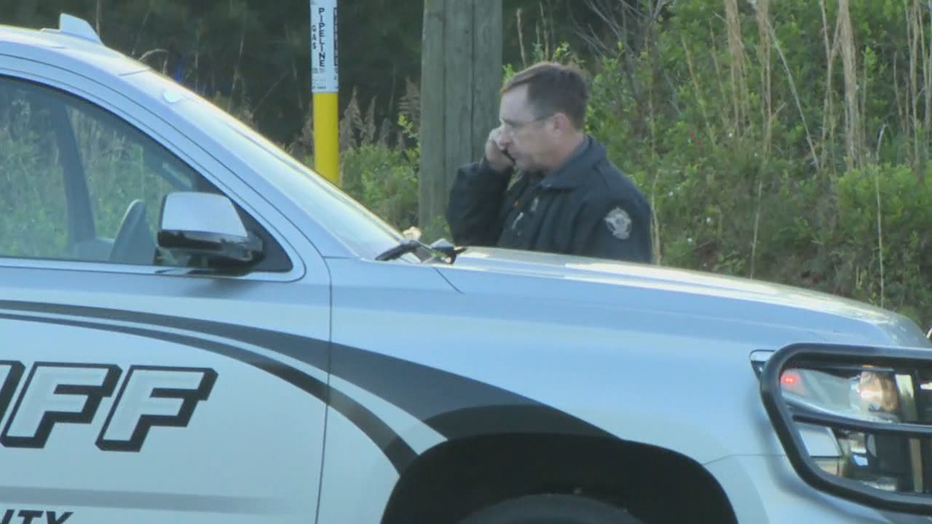 The Nissan eventually crashed near Ithica Elementary School in Villa Rica, ending the high-speed chase. The GBI said both men ran from the vehicle and an intensive search began. 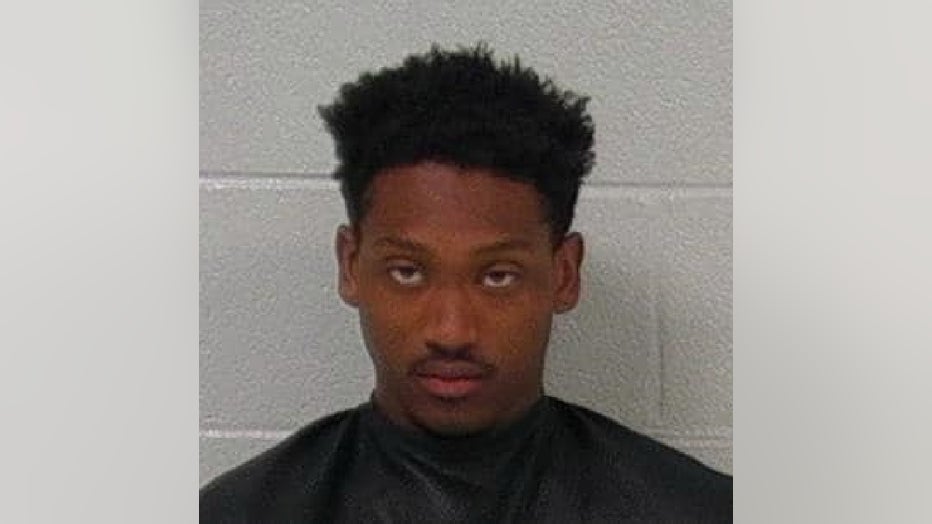 It was not immediately clear why they chose to run from law enforcement. GBI agents were still working to confirm on Wednesday which Shelton was in the passenger seat shooting at officers. The rifle used was an AK-47.

Traffic was in the area of the crash was blocked for a couple of hours while police documented the scene and cleared the wreck.

Officials said three officers are wounded in gunfight with suspects fleeing from a Georgia State Patrol traffic stop. One suspect is dead, another in custody.

The Georgia Bureau of Investigation was asked to investigate the officer-involved shooting and the aggravated assault. The Georgia State Patrol will be investigating the chase and crash involving the suspects. The Carrollton Police Department and Carroll County Sheriff's Office will also be investigating.

The Carroll County community came together for a prayer vigil for law enforcement officers wounded in chase and shootout on Monday morning.

"We just want to ask the community to pray for him, all the officers, and their families," Chief Richards said.

Deputy Repetto was taken to Atlanta Medical Center where he was treated and later released. 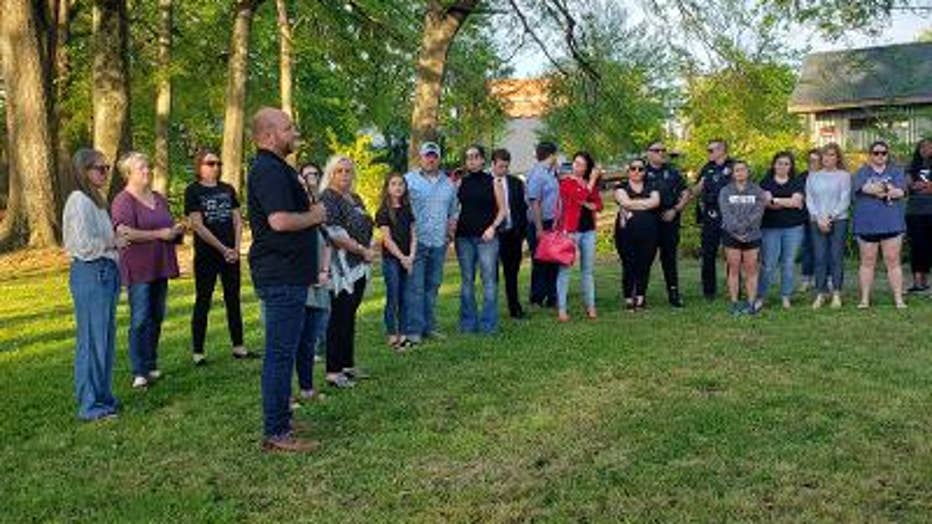 Monday night law enforcement officers from across west Georgia, their families, and members of the community gathered outside the Carrollton Public Safety Complex to pray for all the officers involved in the chase and shoot-out. 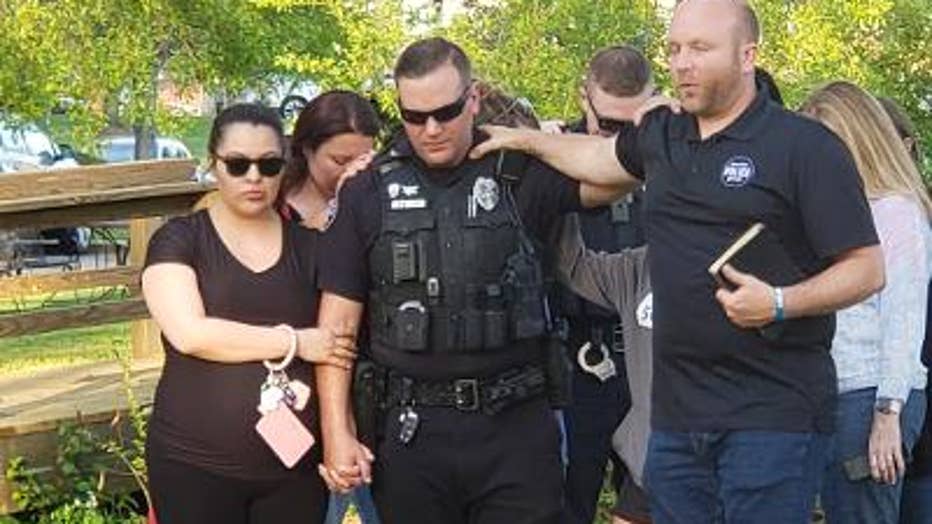 "May we strengthen our love and support for every officer in our community.  For every officer and every firefighter who puts their life on the line for our safety," said Keith Trollinger, one of the chaplains for the Carrollton Police Department.

Trollinger said he knows Sgt. Holloway and says he's a funny guy and there's never a dull moment when he's around. 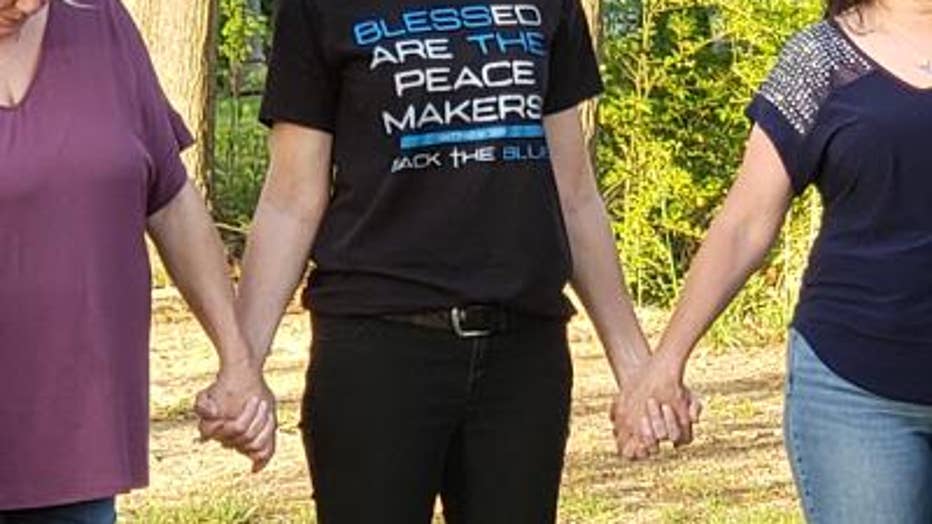 Trollinger said it's been a difficult day for the entire police department, but they're strong.

"They're responding incredibly well, you're never prepared for anything like this," said Trollinger. 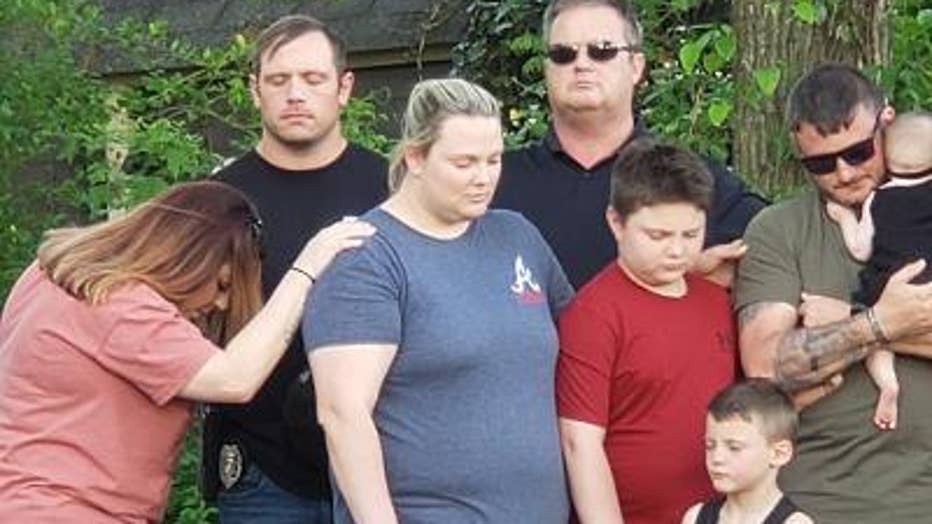 In a statement released through the Carrollton Police Department, Sgt. Holloway's wife writes:

"Sergeant Rob Holloway’s wife, Stephanie, would like to publicly thank everyone for the outpouring of love and support for her, Rob, and their son, Grady. She is grateful for all the calls, texts, posts, comments, and messages sent to her, their family, and our social media. She would love to personally respond to everyone, but that’s obviously not possible. Stephanie sends her thanks, love, and hugs to all of you. They can feel everyone’s prayers and are forever grateful."