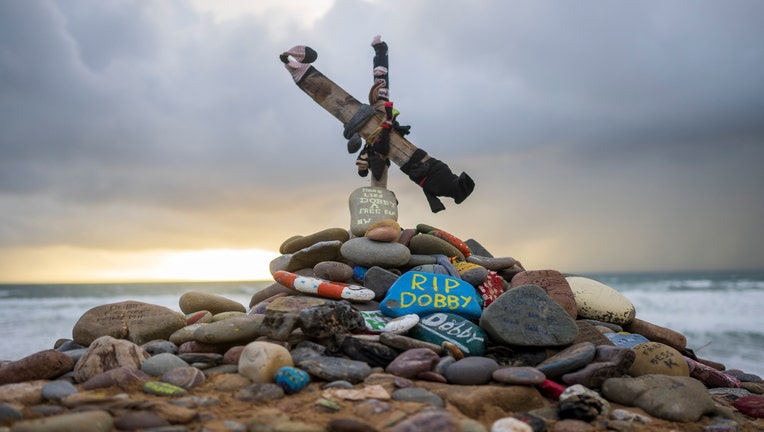 UNITED KINGDOM - Environmental officials in the United Kingdom are asking Harry Potter fans to stop bringing items, such as socks and trinkets, to a memorial for the series’ character Dobby, as it could be negatively impacting the wildlife and surroundings.

Freshwater West, a beach located in Pembrokeshire, Wales, is home to a memorial, where fans travel to pay their respect for the fictional house elf. In the movie, "Harry Potter and the Deathly Hallows: Part 1," the beloved house elf is laid to rest on the beach.

Following an eight-month consultation process considering the sustainable future of the beach, officials at National Trust Cymru said the memorial to Dobby would remain at Freshwater West in the immediate term for people to enjoy but asked visitors to respect the environment. 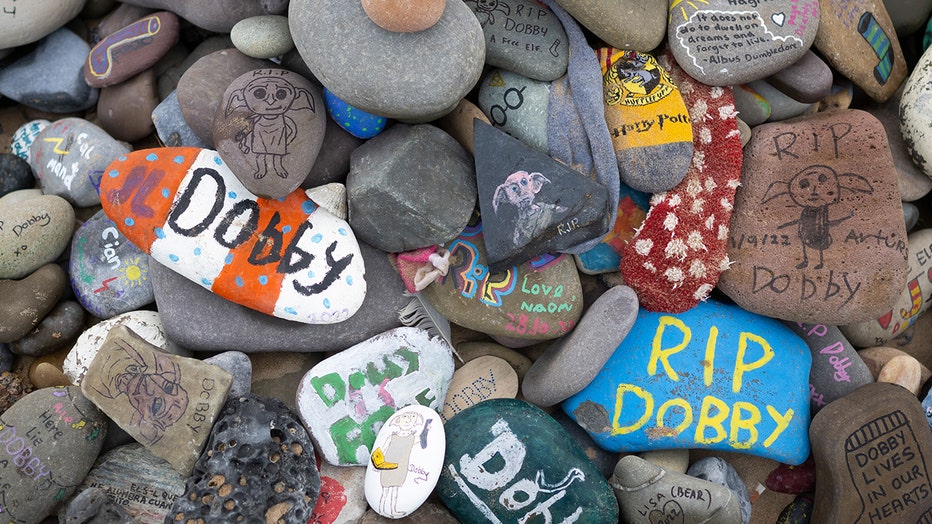 A close-up of painted stones left at a memorial in tribute to Dobby, a fictional house elf from the Harry Potter fantasy novels and films, at Freshwater West beach on November 6, 2022 in Castlemartin, United Kingdom.

"The Trust is asking visitors to only take photos when visiting the memorial to help protect the wider landscape. Items like socks, trinkets, and paint chips from painted pebbles could enter the marine environment and food chain and put wildlife at risk," officials wrote.

In the series, socks are a symbol of freedom for Dobby and other house elves.

Fans waited in line for hours to get a view of the steam-powered train that was used in the famous franchise at a station in Scotland, only to have their hopes dashed.

According to Jonathan Hughes, the agency’s assistant director of operations, the beach’s Hollywood filming credentials have caused the destination to become "increasingly popular."

"Visitor numbers regularly exceed capacity, and our car park alone welcomes around 75,000 people each year," Hughes said in a statement. "While we’re delighted that so many want to visit, we have to balance the popularity of the site with impacts on the sensitive nature of the beach and wider environment, and pressure on the facilities and surrounding roads."

The beach is a legally protected conservation area, home to a host of wildlife, including lizards, orchids and rare ground-nesting birds, according to the press release outlining the results. In addition, the surrounding area is home to large grey seals, harbor porpoises and some of the largest populations of seabirds in the world.