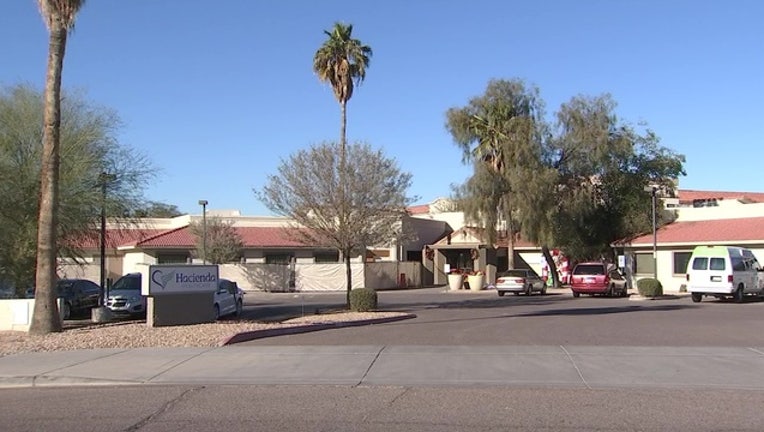 PHOENIX (FOX 10) -- Officials with Hacienda Healthcare have issued a statement, amidst mounting controversy over a female patient in vegetative state who gave birth recently.

In a statement, officials said Phoenix Police served a search warrant on Tuesday to obtain DNA from male Hacienda Healthcare staffers. In addition, officials said they have consulted attorneys to determine whether it would be legal for the company to compel its employees to undergo DNA testing through Hacienda, or for the company to conduct voluntary genetic testing of staffers. In either case, company officials were told it would be a violation of federal law.

"Hacienda stands committed to doing everything in our power to bring this police investigation to a quick conclusion. We will continue to cooperate with Phoenix Police and all other other investigative agencies to uncover the facts in this deeply disturbing, but unprecedented situation." read the statement.