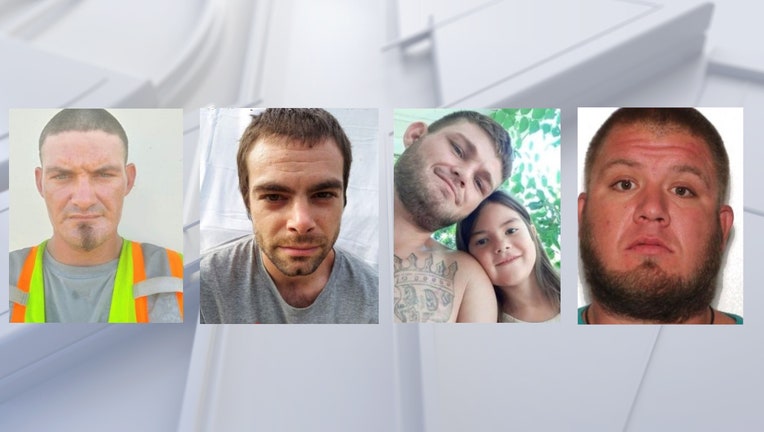 Police in Okmulgee, Oklahoma, found "multiple objects in the water that appear to be human remains" in the Deep Fork River Friday amid a days-long search for four missing cyclists, authorities said.

The city's police chief said that remains had been discovered in a news briefing, but he added that no bicycles were found. The remains had not yet been recovered from the water, he said.

"At this time, we cannot make an identification, but out of respect we let the families know before it was officially announced," Okmulgee Police Chief Joe Prentice said during a news briefing Friday that was streamed on Facebook. "If it turns out that these four missing men are the remains in the river then the focus of our investigation will shift from finding them to what happened to them."

He added, "If it is determined that it is not them, then we will have a separate investigation."

Okmulgee police believe the four "close friends" left Billy Chastain's home on the city's west side for a bike ride on Sunday evening. Two of the men had their cell phones with them, but attempts to call them went straight to voicemail, according to police.

Mark Chastain was last heard from on the phone after 5 p.m. Sunday, Prentice said. No other reported sightings had been confirmed.

Jessica Chastain told Fox News Digital Thursday it was typical of her husband and his friends to go on bike rides, and said he would not have left without a trace. He was supposed to watch their two children on Monday morning, when she started a new job.

Prentice said Friday that a passerby saw something "suspicious" in the water and called police, who were securing the scene.

"I need to be clear, we don't know that this is our missing men yet," he added.

Investigators on Wednesday gathered video and GPS evidence and followed up on potential sightings of the men — including one witness who reported seeing all four men walking down the street at 2 a.m. Tuesday.