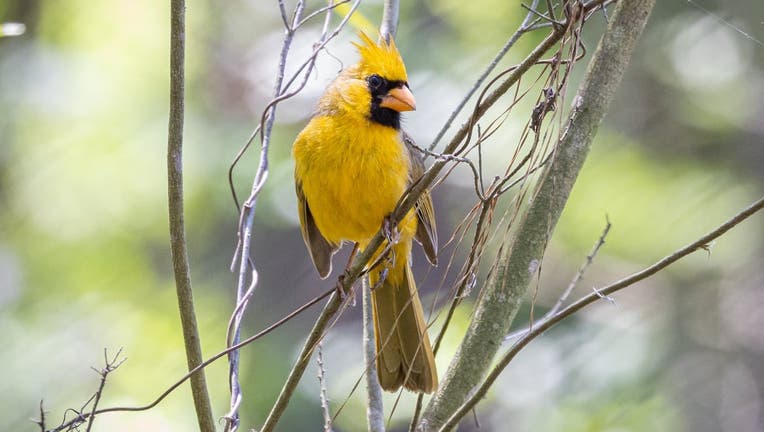 Karen Devens of Nature Queen Photography spotted the beautiful bird last month in a wooded area of the University of Florida campus, according to the South Florida Wildlands Association.

"I've seen many cardinals in my life - but apparently not enough. Scientists believe this is a one-in-a-million genetic mutation," the group wrote on Facebook.

Experts say while there are millions of red cardinals, there are only 10-15 yellow cardinals in North America. The rare coloring is reportedly because the mutation in the yellow cardinal blocks the red pigment in most cardinals DNA and replaces it with the bright yellow.

There have been a few yellow cardinal sightings in recent years, including in Port St. Lucie in 2019 when a bird named ‘Sunny’ was spotted in a photographer's backyard. Others have been reported in Alabama and Georgia.

Geoffrey Hill, a professor and curator of birds at Auburn University, told USA Today in 2019 that only three yellow cardinal sightings are reported a year, which makes seeing one a 'one in a million' finding.