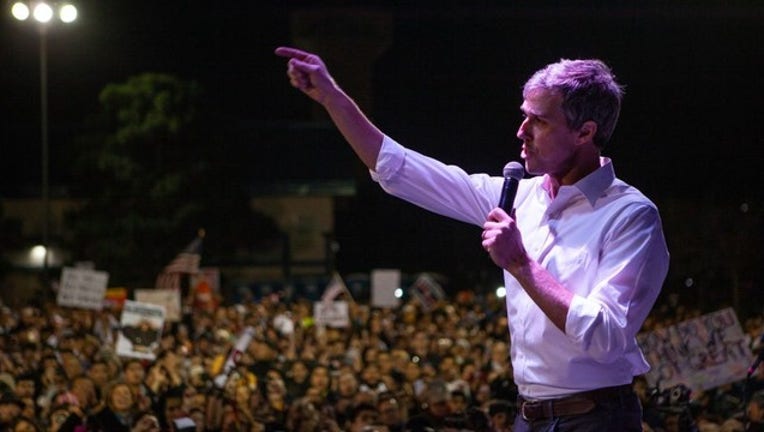 AUSTIN, Texas (AP) - Beto O'Rourke has made up his mind about a 2020 presidential run and said Wednesday that he will announce his intentions soon, further increasing anticipation that one of the most buzzed-about candidates in the already crowded Democratic field may finally be ready to formally join the race.

The former congressman became a national political sensation while nearly upsetting Sen. Ted Cruz last November in deeply conservative Texas. He said in a statement Wednesday that he and his wife, Amy, "have made a decision about how we can best serve our country" and were "excited to share it with everyone soon."

The statement was first reported by The Dallas Morning News and confirmed by an O'Rourke spokesman, who provided no further details.

O'Rourke had said for a week that he planned to make up his mind by the end of February - though how he will announce what he'll do remains unclear. Another candidate expected to run but still deciding, former Vice President Joe Biden, said Tuesday that his family supported him launching a White House bid and that he was "very close" to a decision.

Speaking to reporters in his native El Paso last week, O'Rourke raised the possibility that he might run for Senate again in 2020, this time challenging Texas' senior senator, John Cornyn, or that he could possibly seek the 2020 Democratic vice presidential nomination - presumably by being another presidential candidate's running mate.

But advisers close to O'Rourke have said for months that they didn't see another Senate run as a viable option, leaving the door open for a presidential bid.

While O'Rourke has continued to delay his decision, Democratic activists in states that hold early presidential voting contests, including Iowa, Nevada and South Carolina, have formed "Draft Beto" groups that have raised money and tried to line up would-be supporters.

Draft Beto announced Wednesday that it had creating a "Beto Alert," which will generate notifications by email and text message once O'Rourke makes his plans known, in order to "mobilize supporters right away."