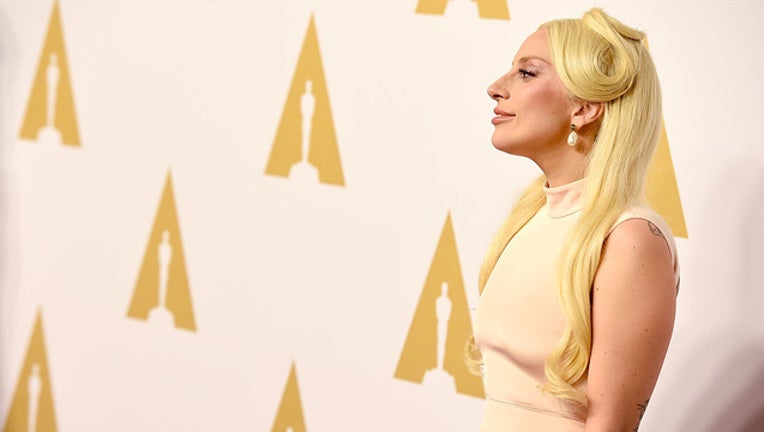 LOS ANGELES (AP) - At the glad-handy Oscar nominees luncheon earlier this month, film academy president John Bailey proudly told the 171 nominees in the room that there were a record number of women nominated for Academy Awards this year. The statement seemed to take everyone a moment to process, or calculate, but soon Lady Gaga, Amy Adams, "Black Panther" costumer Ruth E. Carter and others were applauding.

Numbers-wise, women did have a comparatively good year. In the 20 non-gendered categories, 52 individual women were nominated, up eight from last year's 44.

And yet why does it feel like progress is not being made? Perhaps because there have still only ever been five women nominated for best director (none this year), and only one who has won. There's also the fact that none of the films nominated for best picture this year had a female director.

In addition to director, this year there are no female nominees for cinematography, editing, score, or visual effects. There's only ever been one woman to get a cinematography nod (Rachel Morrison just last year), and only three women in history have ever gotten a visual effects nomination - although they have a pretty great track record as two out of the three won. The only category that has always had a female nominee is costume design.

The gender divide becomes clearer when comparing the number of women nominated to their male counterparts. The Women's Media Center reported earlier this month that over 75 percent of the nominees this year were men.

"A nomination for an Academy Award can open doors," said Jane Fonda, co-founder of the Women's Media Center. "With three out of every four non-acting nominations going to men, women, again, are missing that stamp of approval."

Melissa Silverstein, the founder of website Women and Hollywood, said it "doesn't feel like a record year."

"Women continue to be shut out of the top categories," Silverstein said. "The fact that no films directed by women are nominated for best picture says it all."

Yet women could take the stage at the end of Sunday's ceremony and carry home an Oscar if the best picture winner is "The Favourite," ''Roma," ''A Star Is Born" or "Vice"; all have at least one female producer.

Yet the best director category remains frustratingly elusive for women. Awards blogger Sasha Stone, who wrote the Women's Media Center report, thinks that in the current landscape, women can only break through when there is a consensus choice to push, like last year with Greta Gerwig and "Lady Bird." This year, attentions were split between Debra Granik ("Leave No Trace "), Chloe Zhao ("The Rider "), Marielle Heller ("Can You Ever Forgive Me?") and Lynne Ramsay ("You Were Never Really Here ").

"The problem is the Oscar race is a machine and it's a very tightly controlled machine, controlled by publicists, bloggers, critics," Stone said. "If there isn't one person that all of those people have rallied around to push into the race, then that person is not going to get in."

The directing category is subject to so much scrutiny because of the power that position holds both on a film set and in the industry.

A directing Oscar nomination, and win, Stone noted, proves to the industry that a person is a "legitimate power player ... somebody who can get projects made."

The Academy of Motion Picture Arts and Sciences itself has for the past few years been taking steps to diversify its largely white and male membership. Forty-nine percent of the invited 2018 class were women, and if all accepted it would bring the film academy's overall percentage of women to 31 percent.

But nominations can only come from what the industry puts in theaters, and what the largely male run studios choose to put millions of awards marketing dollars toward.

Bailey, for his part, told the audience of power players at the nominees' luncheon that the numbers are far from equal.

"We need to do better," he said. "Gender parity is an industry matter, not just an academy matter."