AUSTIN, Texas - While many in areas of town have been without power for more than 24 hours, businesses and buildings in other parts of Austin have been lit up and many are questioning it since officials have asked people with power to conserve energy.

Officials say it's a "complicated, inter-connected network which includes critical buildings like the Dell Seton Medical Center, warming centers, the COVID-19 Alternate Care Site, Capitol Complex and Austin City Hall, as well as other critical infrastructure and government buildings. Shutting down the downtown network would also cut off electricity to these critical buildings, which may also house vital communications equipment." 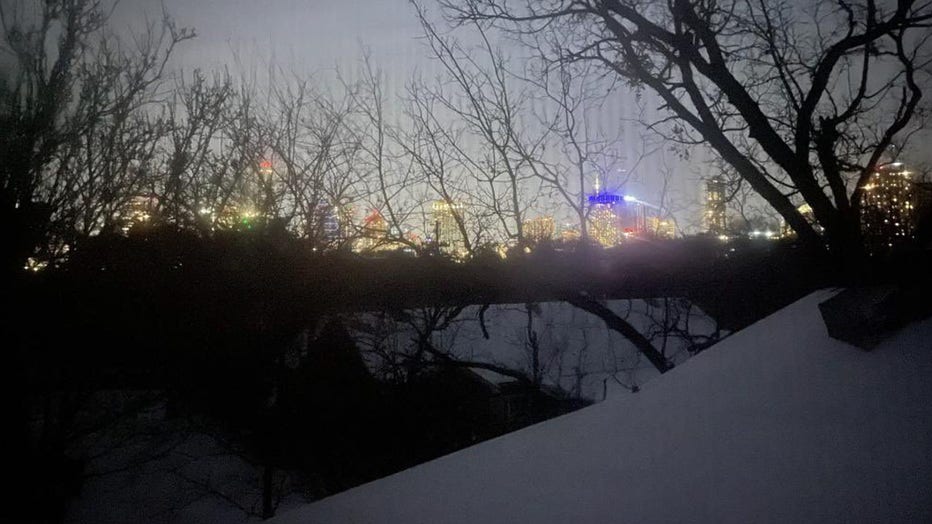 Austin Energy says it's working with the Building Owners & Managers Association and the Downtown Austin Alliance in asking to curtail non-essential power use. It says it is also looking at additional conservation options downtown.

Officials add that that if you're fortunate enough to have power, you should keep your power usage to a minimum.

Meantime FOX 7 Austin's Leslie Rangel asked about the lights being on at Austin FC's Q2 Stadium in North Austin. Austin FC released a statement in response saying that the stadium's construction partner was able to successfully disconnect various power systems as a safety measure on Saturday, February 13.

Austin FC went on to say that as part of the construction process, the overhead LED lights are currently on an automated timer to properly test the system and that in order to safely disconnect the overhead lighting system, a licensed electrician must perform the necessary work.

Growing safety concerns as many still without power

People across Central Texas are waking up to find their power still out and concerns over safety are growing. FOX 7 Austin's John Krinjak has more.

Austin FC says technicians will attempt to resume disconnection efforts as soon as a team of licensed electricians can be assembled and can safely access the site. It says it and its construction team "are very sorry that this work has not been able to be safely performed as of yet as we recognize this is a very difficult time for our region"