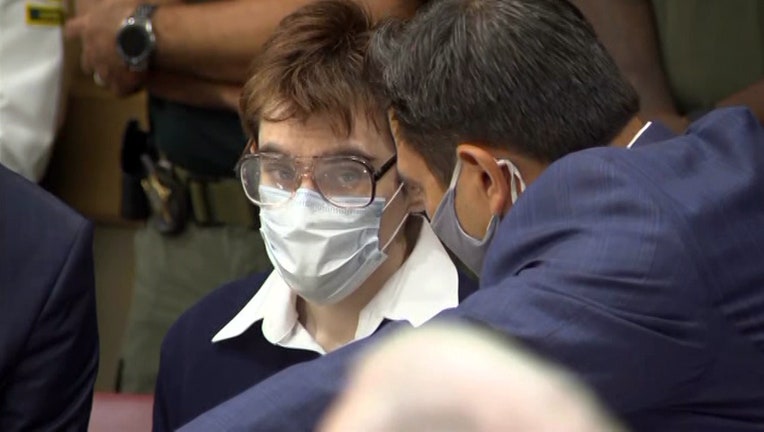 FORT LAUDERDALE, Fla. - The gunman who killed 14 students and three staff members at a Parkland, Florida, high school will plead guilty to their murders, his attorneys said Friday, bringing some closure to a South Florida community more than three years after an attack that sparked a nationwide movement for gun control.

The guilty plea would set up a penalty phase where Nikolas Cruz, 23, would be fighting against the death penalty and hoping for life without parole.

Cruz attorney David Wheeler told Circuit Judge Elizabeth Scherer that he will plead guilty Wednesday to 17 counts of first-degree murder in the February 2018 shooting at Marjory Stoneman Douglas High School. The pleas will come with no conditions and prosecutors still plan to seek the death penalty. That will be decided by a jury, with the judge hoping to start the trial in January after choosing a jury from thousands of prospects starting in November.

Cruz will also plead guilty to 17 counts of attempted first-degree murder. He was not initially present during the hearing, but later entered the Broward County courtroom to plead guilty to attacking a jail guard nine months after the shooting. He answered the judge's question about his competency in a steady voice, replying, "Yes ma'am," and "No ma'am," as sheriff's deputies watched over him and spectators.

Cruz said he understood that prosecutors can use the conviction as an aggravating factor when they later argue for his execution.

The trial has been delayed by the pandemic and arguments between the prosecution and defense over what evidence and testimony could be presented to the jury. Some victims’ families had expressed frustration over the delays, but the president of the group they formed expressed relief that the case now seems closer to resolution.

Mitch and Annika Dworet, the only victims' parents to attend the hearing, said they are relieved the case is finally moving toward closure. Their 17-year-old son Nick died in the shooting while his younger brother Alex was wounded.

Mitch Dworet said he tries hard not to think about the case, saying he wants to focus on their sons. But his wife interjected, "We want justice — it's time." For them, that means Cruz's execution.

"We would like to see him suffer," she said.

Polk Sheriff Grady Judd, a member of the commission studying the massacre at Marjory Stoneman Douglas High School, speaks on the news that Nikolas Cruz will plead guilty to 17 counts of premeditated murder.

Andrew Pollack, whose 18-year-old daughter Meadow was killed, said in a phone interview he also wants him executed. "Death by lethal injection seems too peaceful to me. I’d rather see a hanging in a public square."

In the aftermath of the shooting, Parkland student activists formed March for Our Lives, a group that rallied hundreds of thousands around the country for tighter gun laws, including a nationally televised march in Washington, D.C. Parents also made impassioned pleas for accountability and policies aimed at halting gun violence.

The decision by Cruz and his attorneys to plead guilty came unexpectedly. Cruz had been set to go on trial next week for the attack on the Broward County jail guard.

Cruz and his lawyers had long offered to plead guilty in exchange for a life sentence, but prosecutors had repeatedly rejected that deal, saying the case deserved a death sentence. Both sides declined comment as they left the courtroom Friday.

Attorney David Weinstein, a former Florida prosecutor who is not involved in the case, said by pleading guilty to the murder charges, Cruz's lawyers will be able to tell the jury in the penalty hearing "that he has accepted responsibility, has shown remorse and saved the victim’s families the additional trauma of a guilt phase trial."

The jurors also won’t repeatedly see the security videos that reportedly captured the shooting in graphic detail. Their goal will be to persuade one juror to vote for a life sentence — unanimity will be required to sentence Cruz to death.

Cruz’s rampage crushed the veneer of safety in Parkland, an upper-middle-class community outside Fort Lauderdale with little crime. Its educational crown jewel is Stoneman Douglas, a campus of 3,200 students that is one of the top-ranked public schools in the state.

Cruz was a longtime, but troubled resident. Broward sheriff’s deputies were frequently called to the home in an upscale neighborhood he shared with his widowed mother and younger brother for disturbances, but they said nothing was ever reported that could have led to his arrest. A state commission that investigated the shooting agreed.

Cruz alternated between traditional schools and those for troubled students.

He attended Stoneman Douglas starting in 10th grade, but his troubles remained — at one point, he was prohibited from carrying a backpack to make sure he didn’t carry a weapon. Still, he was allowed to participate on the school’s rifle team. 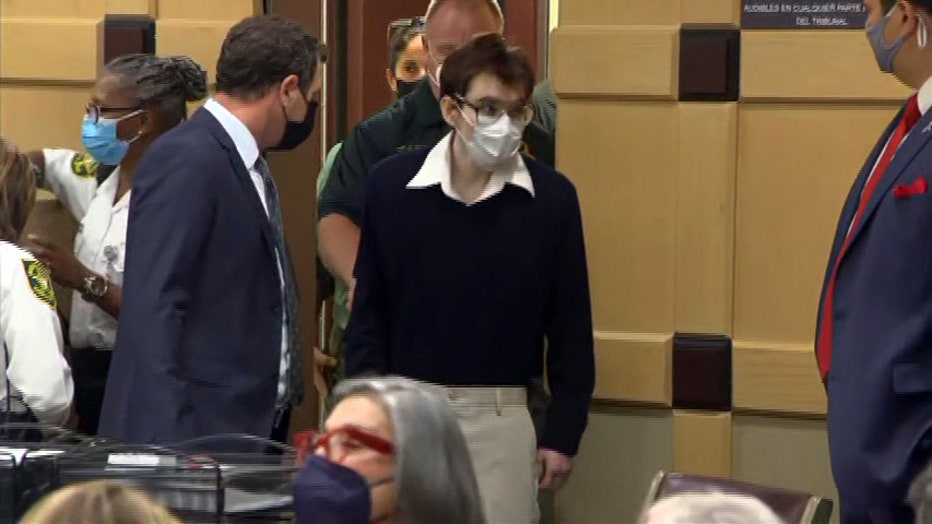 He was expelled about a year before the attack after numerous incidents of unusual behavior and at least one fight. He began posting videos online in which he threatened to commit violence, including at the school. It was about this time he purchased the AR-15 semiautomatic rifle he would use in the shooting.

When Cruz’s mother died of pneumonia in 2017, four months before the shooting, he began staying with friends, taking his 10 guns with him.

Someone, worried about his emotional state, called the FBI a month before the shooting to warn agents he might kill people. The information was never forwarded to the agency’s South Florida office.

Another acquaintance called the Broward Sheriff’s Office with a similar warning, but when the deputy learned Cruz was then living with a family friend in neighboring Palm Beach County he told the caller to contact that sheriff’s office.

In the weeks before the shooting, Cruz began making videos proclaiming he was going to be the "next school shooter of 2018."

The shooting happened on Valentine’s Day. Students had exchanged gifts and many were dressed in red.

Cruz, then 19, arrived at the campus that afternoon in an Uber, assembled his rifle in a stairwell and then opened fire in the three-story classroom building.

Cruz eventually dropped his rifle and fled, blending in with his victims as police officers stormed the building. He was captured about an hour later walking through a residential neighborhood.

The shooting led to a state law that requires all Florida public schools to have an armed guard on campus during class hours.