FOX 29's Steve Keeley has more on a deadly shooting at Pat's Steaks in South Philadelphia.

SOUTH PHILADELPHIA - A Pennsylvania man is facing murder charges after police say he shot and killed a man during a fight outside Pat's Steaks in South Philadelphia early Thursday morning.

According to police, 36-year-old Paul C. Burkert fatally shot 24-year-old David Padro in the back outside of the popular Philadelphia cheesesteak location on East Passyunk Avenue just before 1 a.m. 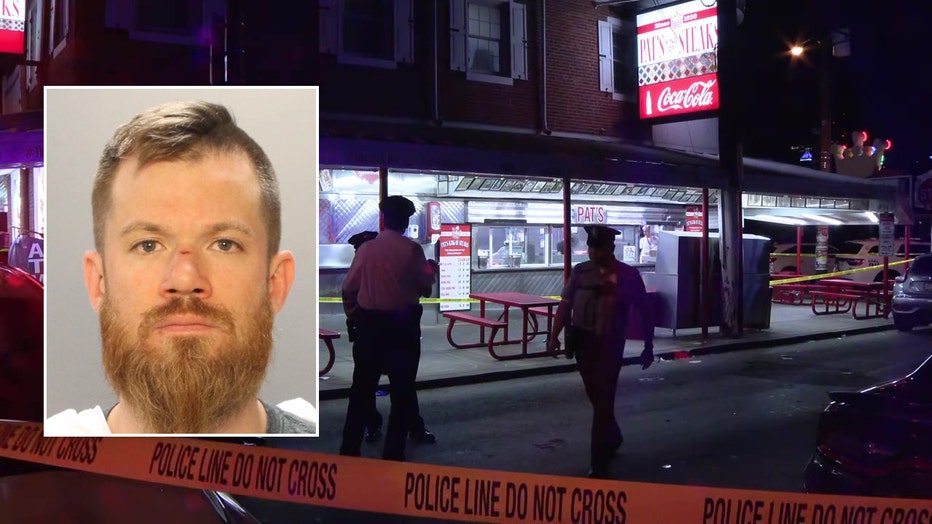 Investigators were told by witnesses that Padro was shot by another customer who fled in a van. Witnesses told police the licenses plate number of the van, which allowed officers to quickly locate the vehicle.

FOX 29 exclusive video showed a man, later identified as Burkert, being lead to a police car outside Independence Hall in Center City. The driver of the van has not been found.

Burkert, a Berks County resident, was charged on Friday with murder, conspiracy, tampering with evidence and weapons offenses.