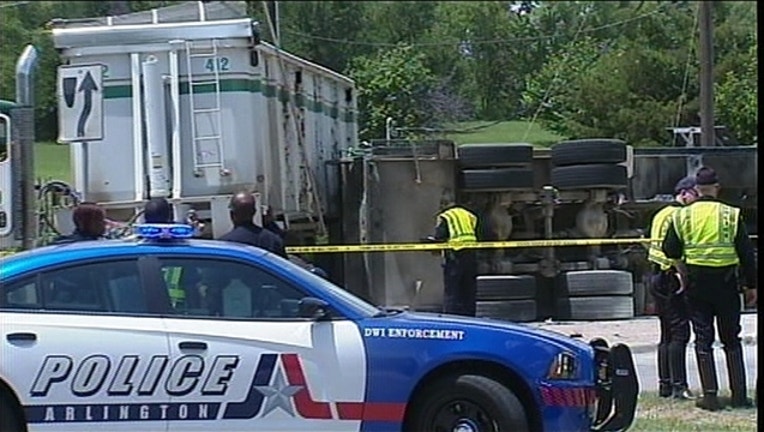 One person died in a crash involving a trash truck and two dump trucks Tuesday morning in Arlington.

The crash happened on Callaway Cemetery Road just off of North Collins Road around 11:10 a.m. in North Arlington, near Euless.

Sources at the scene told FOX4 that a trash truck was heading south on Collins and made a high-speed left turn onto Calloway Cemetery. It may have hit a curb that divides Collins, causing it to flip over and hit an 18-wheeler dump truck.

Police have not released the names of any of the drivers.

An air ambulance and a hazmat crew were sent to the scene.

All northbound lanes and one southbound lane of Collins have re-opened.