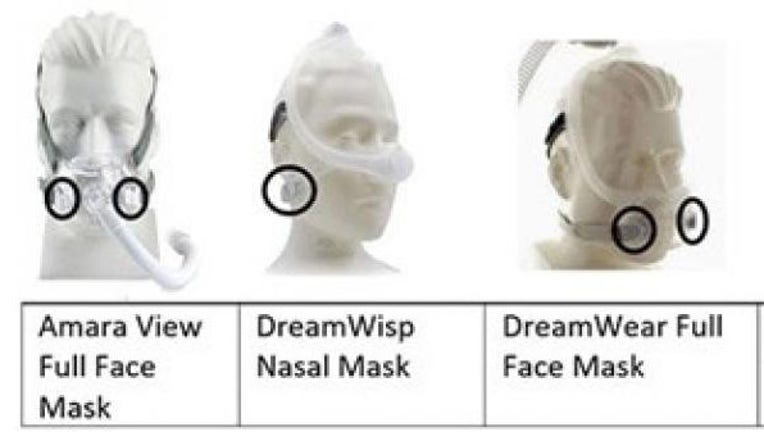 The impacted masks are pictured in provided photos. The magnet location is shown with black circles. (Credit: FDA)

WASHINGTON - Philips Respironics has recalled more than 17 million masks used for people with sleep apnea and other respiratory issues due to a safety issue with magnets that could affect certain implanted medical devices.

The recall was announced on Tuesday by the U.S. Food and Drug Administration after 14 serious injuries were reported, including pacemaker failure, arrhythmia, seizures, and irregular blood pressure.

The five mask types impacted by the recall are the DreamWisp, DreamWear, Amara View, Wisp, and Wisp Youth masks. 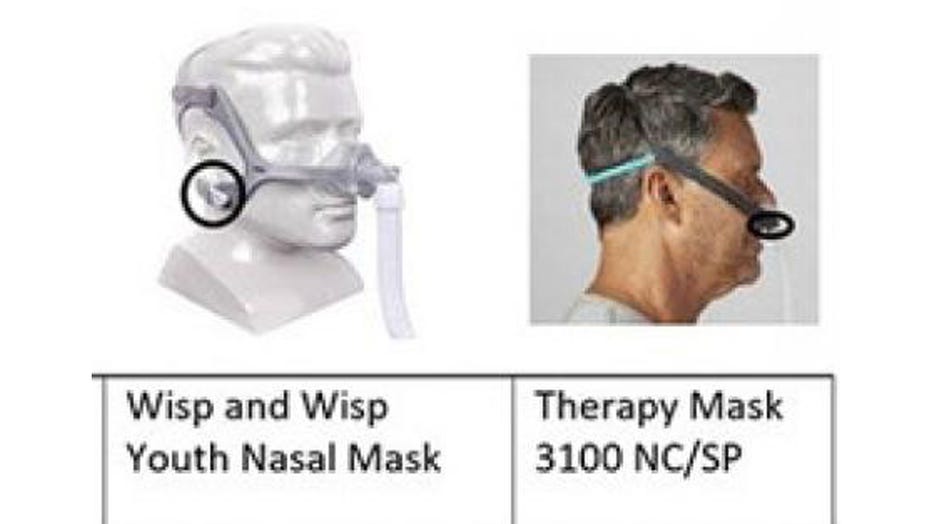 The impacted masks are pictured in provided photos. The magnet location is shown with black circles. (Credit: FDA)

Phillips and the FDA said the masks have magnets that "can potentially cause injury or death if people who use them, or people near a person using a recalled mask, have certain implanted metallic medical devices or metallic objects in the body."

Other devices could include:

Anyone with an implanted metallic device or object in the body listed above should stop using the recalled mask and switch to a non-magnetic mask if available, the FDA said.

"Ensure the recalled mask is kept at least 6 inches away from metallic medical implants, metallic objects in the body, or medical devices that can be impacted by the magnetic fields," the agency said.

Researchers from the Michigan Medicine's Sleep Disorders Center made the discovery.

In June 2021, certain Philips Respironics ventilators, CPAP, and BiPAP machines were recalled over concerns that a foam component could disintegrate and be inhaled by the user, possibly causing health issues, including toxic and carcinogenic effects.

Last month, Philips issued another recall for some of its respiratory machines due to a plastic component that could potentially be contaminated with a non-compatible material.

"This latest recall raises further safety concerns both for Philips devices already subject to a recall, as well as additional devices," Dr. Jeff Shuren director of the FDA’s Center for Devices and Radiological Health, said in the notice this week. "We strongly encourage providers and at-risk patients to review this important safety information and follow our recommended actions to reduce the potential for harm from these products."