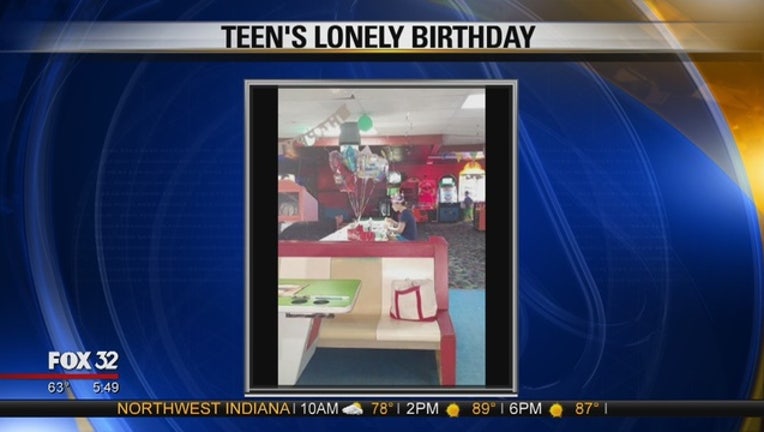 CHICAGO (FOX 32 News) - The photo of a teenage girl eating cake alone on her birthday is going viral on Facebook.

Last year, Hallee planned a party at a bowling alley but no one showed.

Hallee’s cousin, Rebecca Lyn, says she is turning 19 soon and wants this year to be different.

"Hallee is an amazing person-a person I am proud to be related to. She is also a person who just happens to have Autism. She has never let that small detail define who she is as a person-which is why I refuse to use it as something to describe her."

"She had been so excited to have a party with her friends. She wanted to go bowling, have fun, and eat cake and Ice Cream. Invitations went out to her classmates at school and to other friends in the area. Hallee sat at her party anxiously waiting for her friends to arrive so they could have fun….but Hallee’s friends would never arrive. Not a single one. Below is the picture of her celebrating alone – eating her birthday cake. My cousin is a beautiful young woman who will always have the mind of a child…so as you can imagine, she was heartbroken and beyond sad. She was hurt…"

She is asking people to send her cousin birthday cards from all over the world.

She says it would be the best birthday gift ever.

She provided an address: