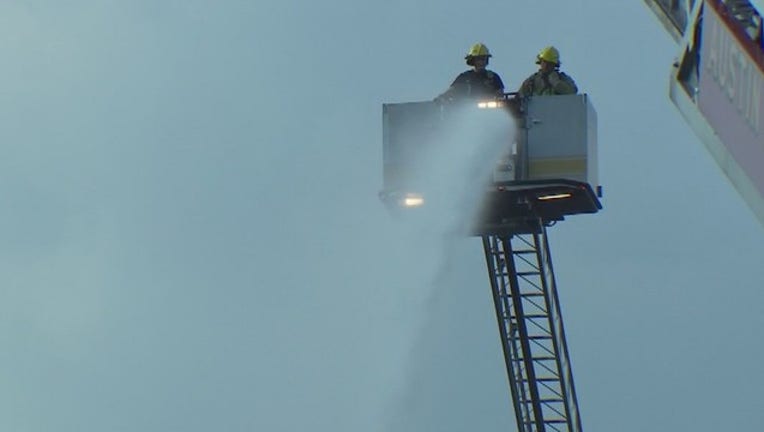 AUSTIN, Texas (FOX 7 Austin) - The Austin Fire Department has released drone footage containing before and after photos of three story condo comple that caught on fire in South Austin on Thursday morning.

The fire started at a three-story condo complex that's under construction, according to AFD. The fire spread to a nearby parking lot as well as other nearby apartment complexes. Officials say a number of cars and apartment units in the surrounding apartment complexes were destroyed.

Power poles in the area also caught on fire and Austin Energy said that about 1,000 customers were without power.

Close to 300 customers will be without power until damaged poles and wires can be replaced.

The cause of the fire is still under investigation.