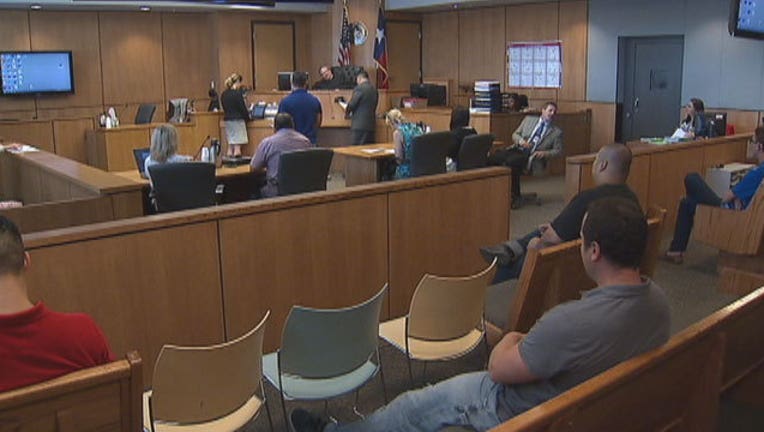 PITTSBURGH (AP) -- A plea agreement is in the works for a woman awaiting trial on charges she drowned her two young sons in a bathtub last year, her attorney and a prosecutor said Monday.
The attorneys disclosed the plea negotiations to an Allegheny County judge during a status conference in the case of Laurel Schlemmer.
According to police, the 42-year-old McCandless woman told officers she heard "crazy voices" before she held her 6-year-old son, Daniel, and his 3-year-old brother, Luke, under water on April 1, 2014. Luke died that day and Daniel died a few days later.
Schlemmer's third son, then 7, was at school at the time. Schlemmer told investigators she felt she could be a better mother to her eldest son "if the other two boys weren't around and they would be better off in heaven," according to police.
Defense attorney Michael Machen told Judge Jeffrey Manning that he's awaiting a psychiatric report and expects to receive it by mid- or late December.
Assistant District Attorney Lisa Pellegrini said she's prepared to take the case to trial, but she and Machen indicated a plea agreement is in the works. Terms of the deal were not disclosed.
A psychiatrist who interviews defendants jailed on violent crimes found Schlemmer mentally incompetent to stand trial shortly after her arrest. Schlemmer was diagnosed with major depressive disorder and was determined to be suicidal.
She was treated at a state mental hospital, and the judge decided in July that she was competent. She waived a preliminary hearing on the charges a few days later and has been awaiting trial since in the county jail.
In Pennsylvania, people are considered mentally competent to stand trial if they can distinguish between right and wrong and assist their attorneys in their defense -- even if their crime may have been fueled by delusions.
In April 2013, Schlemmer struck Luke and Daniel with a vehicle while moving it at her parents' home, and the county's Office of Children, Youth and Families investigated. But police and hospital officials who treated the boys determined it was an accident, and no criminal charges or other actions were taken.
Another status conference is scheduled for Dec. 15.