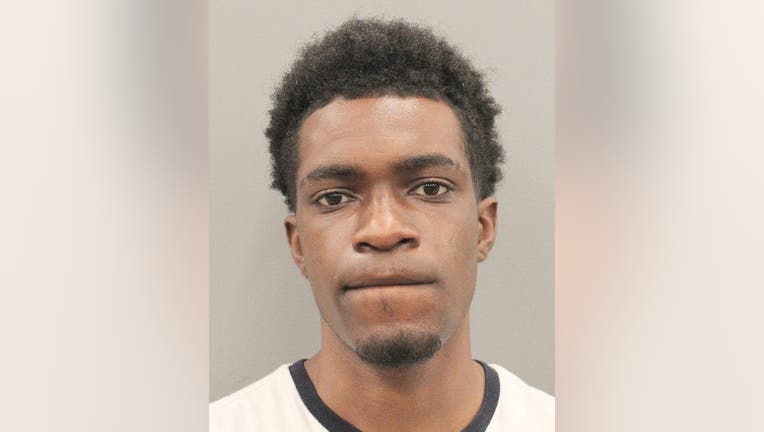 HOUSTON - A driver previously out on bond is back behind bars and charged following a police pursuit that ended in a deadly multi-vehicle crash in northwest Houston.

The crash occurred in the 15300 block of Hempstead Road.

According to Assistant Chief Ban Tien with the Hospital Police Department, an officer saw a group consistent with a street takeover and driving recklessly in the 2900 block of Gessner, just after 6 p.m.

Houston police give the latest details following a police pursuit that ended with a deadly multi-vehicle crash in northwest Houston on Friday evening.

The driver, later identified as Damien West, 21, refused to stop, fled in a vehicle, and led police on a high-speed pursuit that lasted approximately 10 minutes, police said.

Tien said West was traveling northbound on Hempstead disregarded a red light, blew through the red light at a high rate of speed, and struck a vehicle at the intersection.

That's when, police said, the collision caused a chain reaction crash. A total of five vehicles were involved in the crash, including West's vehicle.

An innocent driver, who was in one of the vehicles involved in the crash, was killed in the collision. A passenger who was also in the vehicle, an Asian female in her mid 30s, was taken to Ben Taub Hospital in ‘highly critical’ condition, police said.

The other drivers involved in the crash sustained only minor injuries.

Sean Teare, Chief of the Harris County District Attorney's Office - Vehicular Crimes Division, said the 21-year-old will be charged with felony murder, aggravated assault, and unlawful carrying of a weapon, as there was a pistol in the vehicle.

We're told West was out on a previous bond prior to Friday's arrest. He is currently being held on a $400,000 bond.