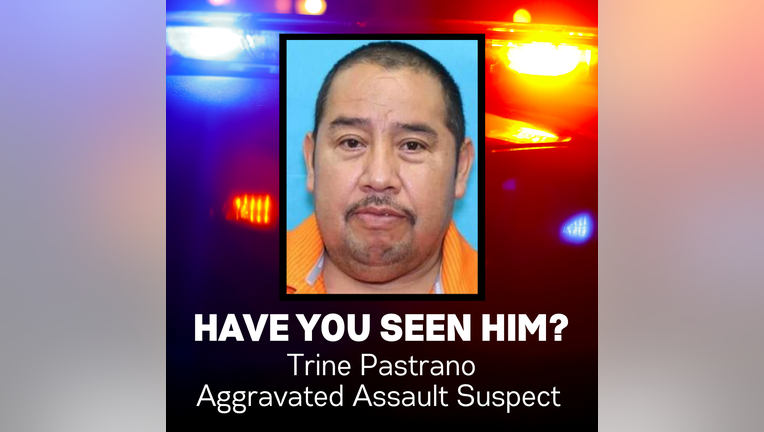 SAN MARCOS, Texas - The San Marcos Police Department is asking for the public's assistance in locating Trine Pastrano. Pastrano is wanted in connection to an aggravated assault that happened on Sunday, July 11.

According to police, officers were dispatched to the Classic Inn in the 900 block of North I-35 around 3:30 p.m. for a domestic violence incident that began as a verbal argument and escalated into a physical altercation.

When officers arrived at the hotel, they located a victim with serious injuries and immediately began to render aid. The victim was transported to a local hospital for treatment and has since been released, according to police.

A warrant for Aggravated Assault with a Deadly Weapon Family Violence has been issued for Pastrano, according to police. Anyone who sees Pastrano or has information about his location should contact their local law enforcement agency.